The taste of Sarajevo: 5 things to try out 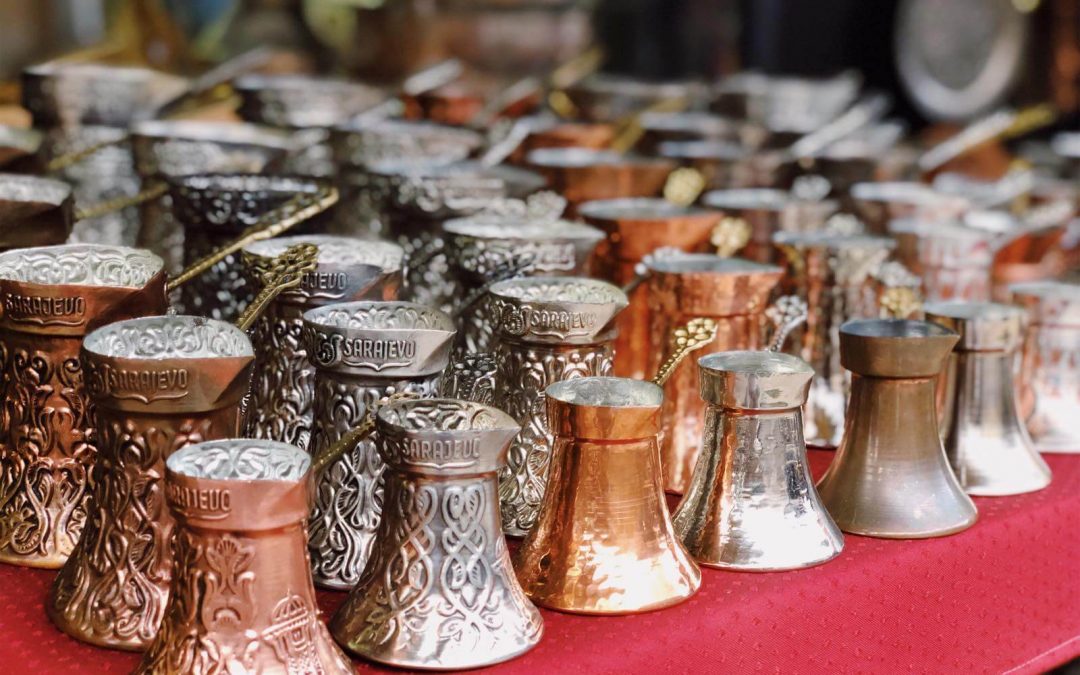 Sarajevo, the capital of Bosnia and Herzegovina, is colorful in so many ways! This is 100% valid for the tastes of this unique city where you can smell the coffee from two corners away!

Ready for a culinary adventure? Here is what you must try out!

Cevapi is the first dish on the list because I consider it the absolute must-try when in the city! Cevapi is a grilled dish of minced meat usually served in portions of five to ten pieces in a flatbread with onions.

I personally love cevapi in all the Balkan countries, but it is good to know they are a bit different in every country. Bulgarians make them from pork, while Croatians and Serbians mix beef and pork. In Bosnia, the mix is between beef and sheep meat. 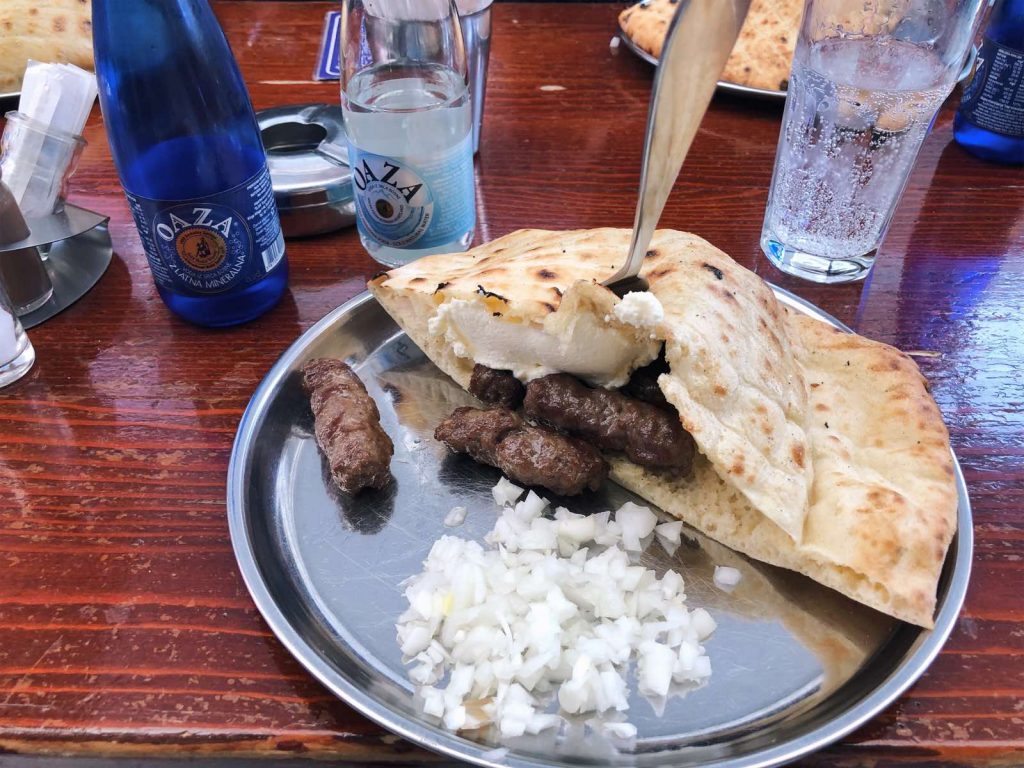 This is a nice cevapi portion!

The city center of Sarajevo is full of places that serve mainly cevapi. I like having my cevapi with beer but the cevapi restaurants in Sarajevo don’t usually offer beer. A waiter explained that beer makes the customers stay for too long after finishing their dishes, so most places don’t bother serving alcohol at all!

The Sarajevo cevapi are so famous in Croatia that they are offered in menus as “Sarajevski cevapi” meaning cevapi from Sarajevo, across the whole country. Many Dalmatians visit Sarajevo for a long weekend with the idea of eating as many cevapi as possible!

2. Lokum and other sweets

You finished your cevapi and now it is time for a dessert! Sarajevo is full of pastry shops and you’ll be tempted to try them all day long. Even if you avoid sweets, be sure to get at least some Turkish delight (lokum in Bosnian) or another local dessert once you’re in Sarajevo.

We tried some pistachio cake and loved it!

My husband and I also shred this cremeschnitte with pistachio, mmm 🙂

Many people love combining sweets and coffee. Are you one of them? Even if not, you gotta know that drinking coffee here is a religion and you should make an event out of it!

Prepared in copper-plated pots, the coffee is served with some cubes of sugar and Turkish delight. 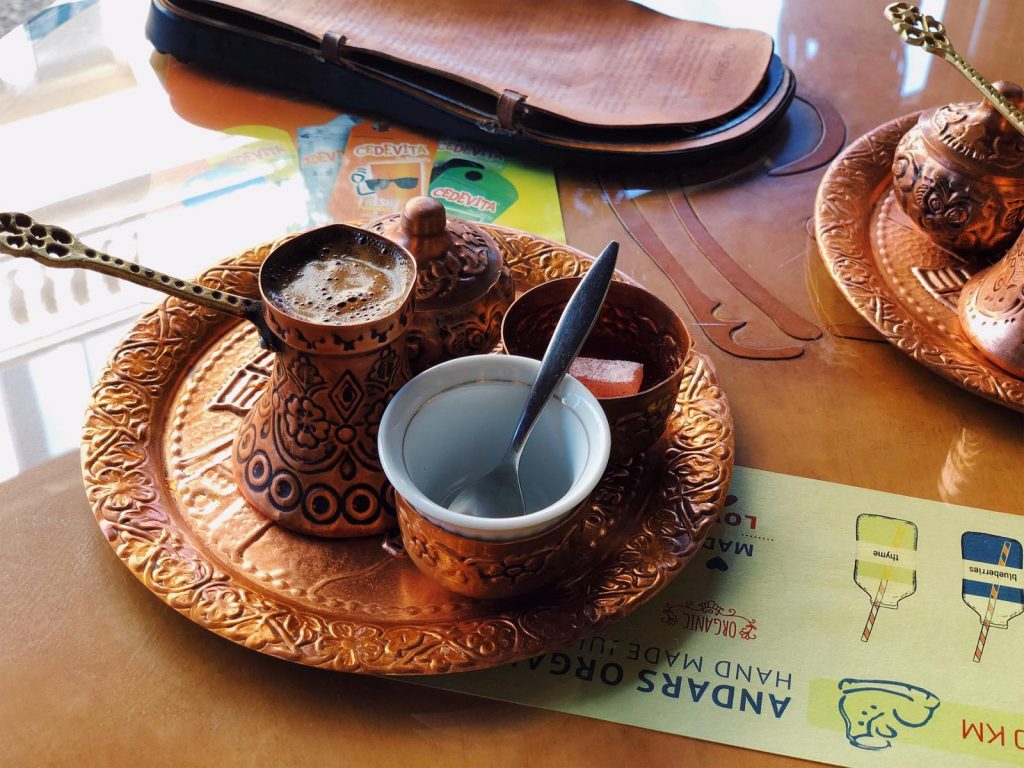 The Bosnian coffee is served in a charming way, isn’t it? 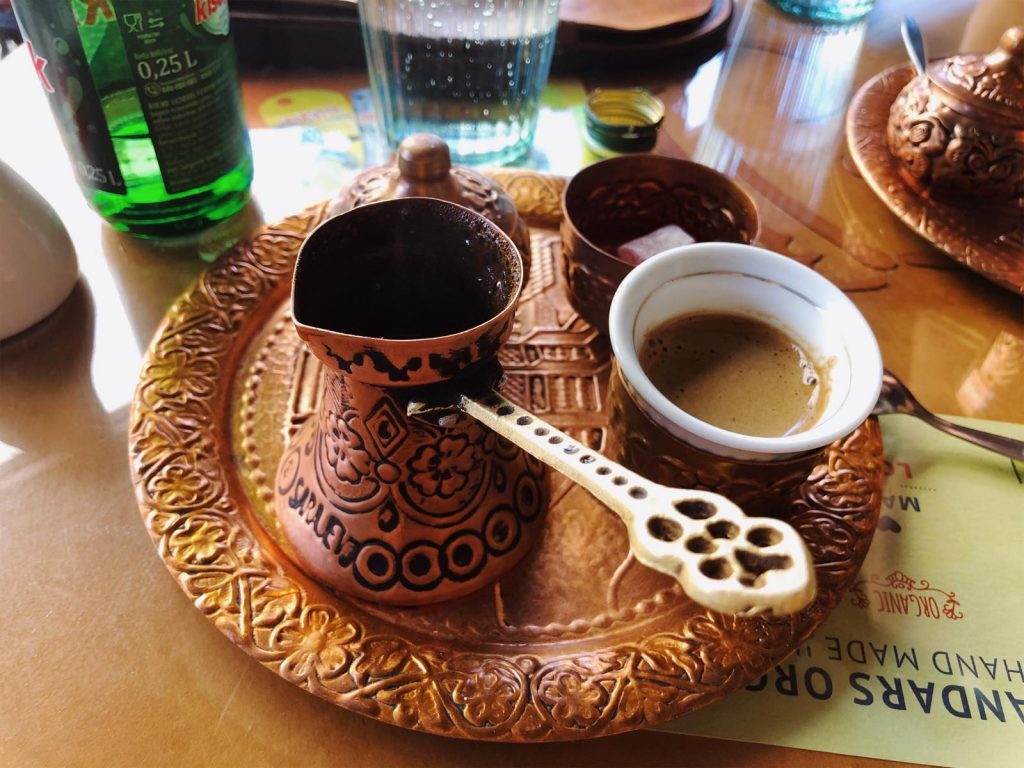 This type of coffee is too strong for me. If you prefer your coffee not so strong – have Bosnian coffee in the morning 🙂

The city specialty is the so-called tucana kava, or coffee that is roasted and then ground manually with a traditional local tool. 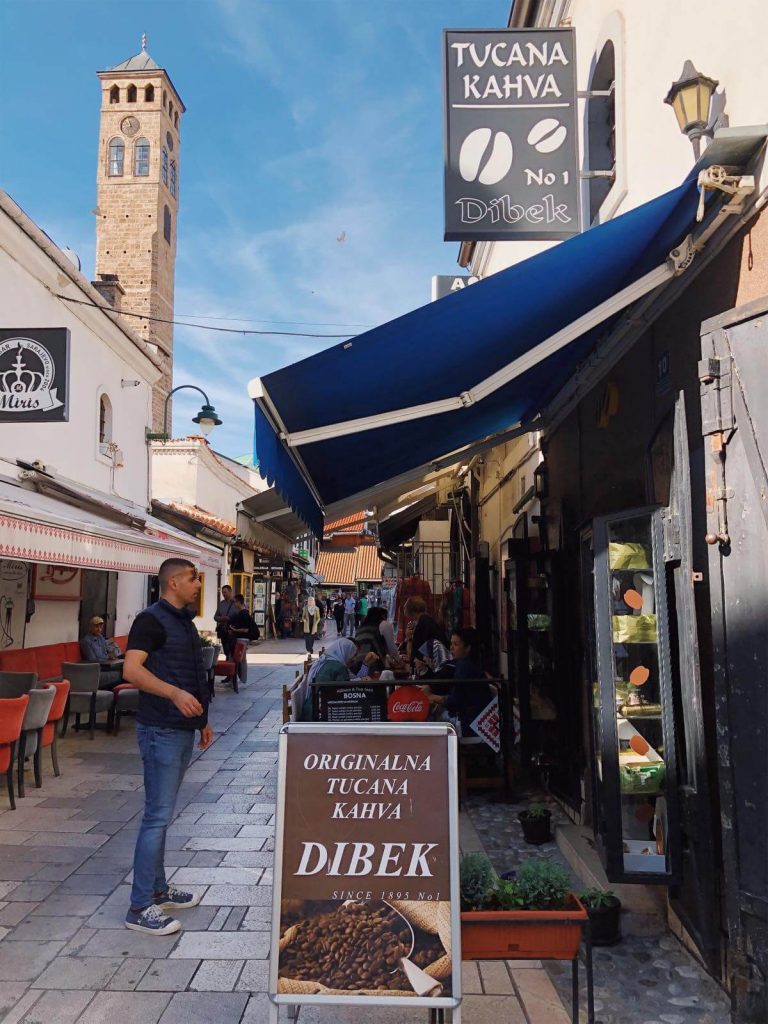 They may seem pretty similar, but the locals get really annoyed if you confuse these two. The difference between Turkish and Bosnian coffee is that the first is prepared with sugar, while sugar is added to the latter after it is prepared. 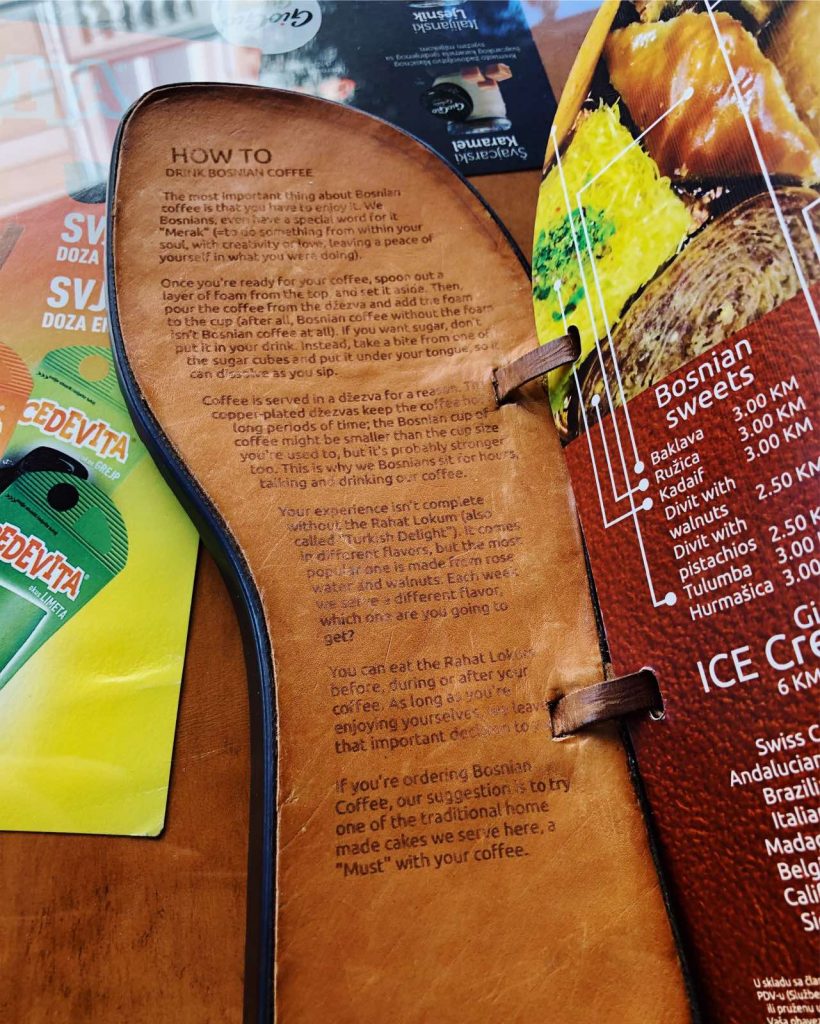 A longer explanation on how to drink Bosnian coffee

Burek is another tasty temptation lurking around every corner of Sarajevo! A burek is made of layers of phyllo dough stuffed with different fillings such as cheese, spinach, meat, or potatoes. You can eat it for breakfast, brunch, lunch, or dinner – any time of the day really!

Same as cevapi, different types of burek can be found across the Balkans and in Turkey. However, Bosnia is the place where burek is one of the most common dishes. Plus, they have the so-called buregdžinica, or burek place, that sell different kinds of burek and similar parties exclusively. 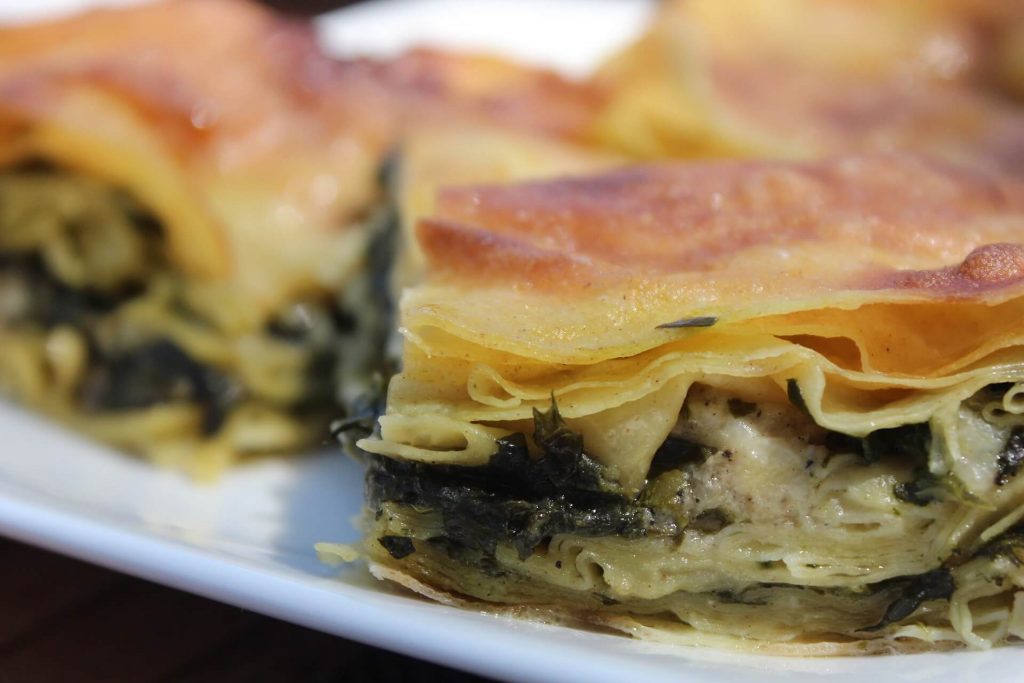 Rakija, or rakia, is another thing that you can try across the Balkan countries. As a child, I thought rakija is served only in Bulgaria as it is considered a national drink there. Turned out the situation is the same in Serbia, Croatia, Turkey, and Bosnia.

Rakija is a strong alcoholic drink, around 40-50 degrees, prepared from different fruit – peaches, grapes, plums, etc. I rarely drink rakija since it is too strong for me, but I totally recommend trying some local Bosnian rakija when in Sarajevo, Mostar, or elsewhere in the country.

Rakija is not so much a bar drink but goes perfectly with a salad or some first dish before the main course.