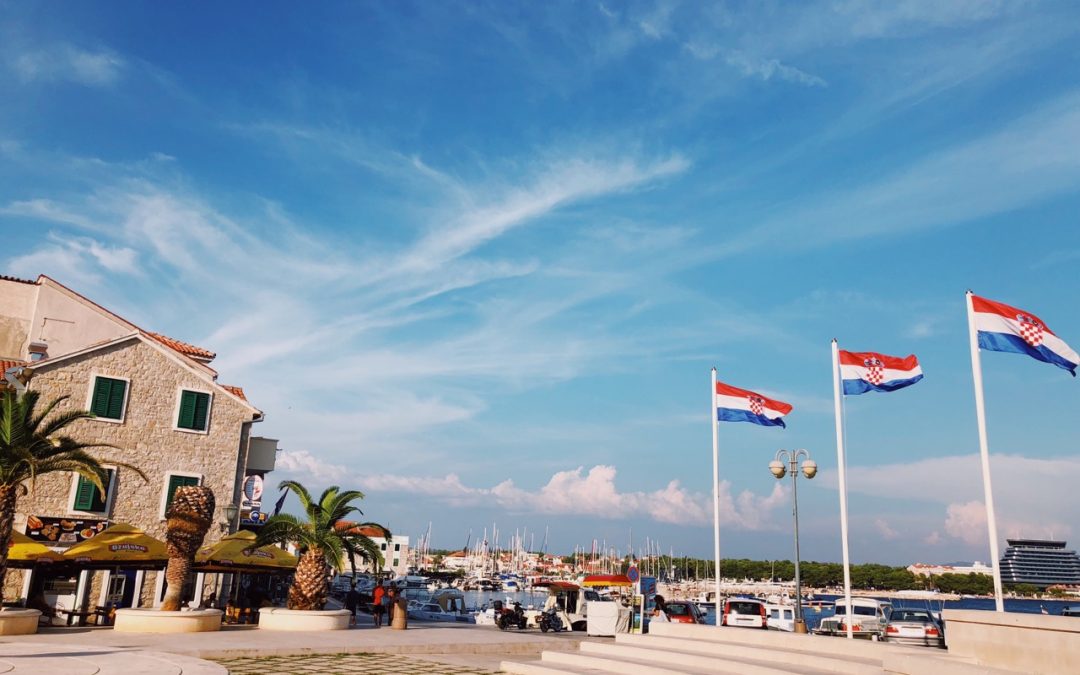 Vodice is a small coastal city in Croatia and a really popular destination among tourists. It has a lot of beaches and offers many accommodation options and all kinds of summer activities. Vodice is suitable for all age groups and for both family trips and partying.

Diving, windsurfing, kayaking, fishing, excursions to nearby islands, renting a boat – you name it – it is all in Vodice. Many tourists choose Vodice for their vacations because there is fun for everyone. 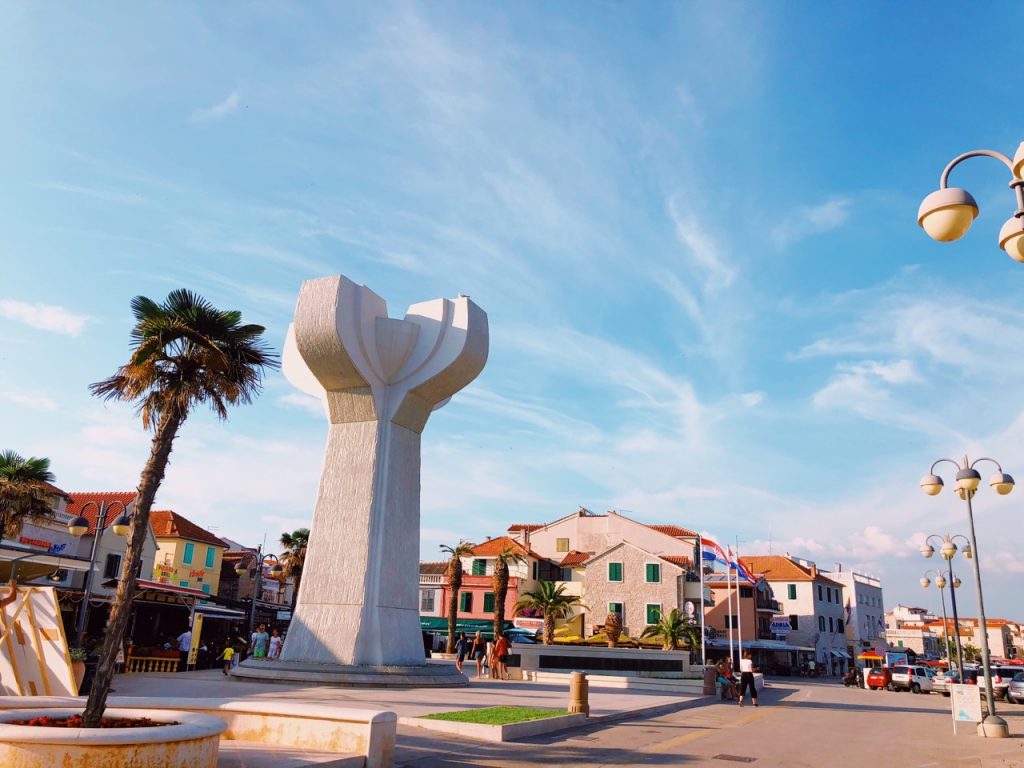 Keep in mind that beaches in Vodice are mainly rocky and pebble beaches, as they are in this area in general. There is one sandy beach called Plava plaza (Blue beach), but there are also some small rocks there, too. 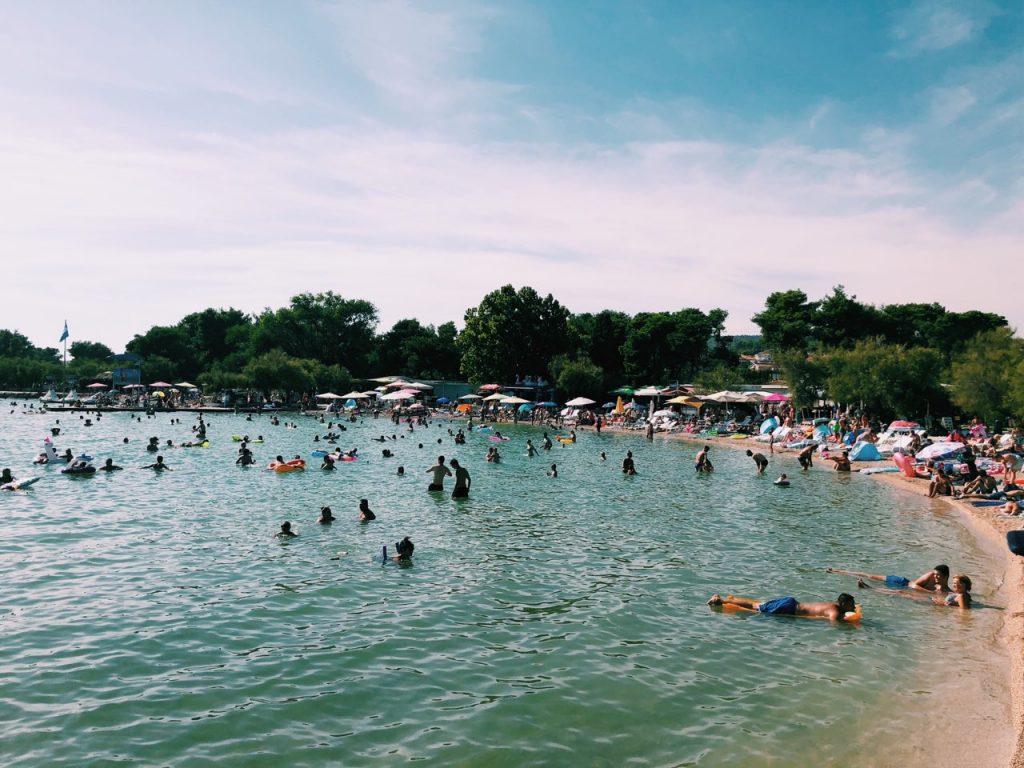 The population of Vodice is around 10 000 people and a good deal of them work in the tourism sector. Some of them even rely on it to provide for their families for the rest of the year. There are also foreigners working in the city during the summer season, coming to do some seasonal jobs as waiters, vendors, cooks, etc.

There are several big hotels in Vodice, where one could stay. Also, many locals provide accommodation for visitors – whole villas and houses with swimming pools, apartments or rooms. Prices vary depending on the property, so once again – there is something for everyone’s budget. 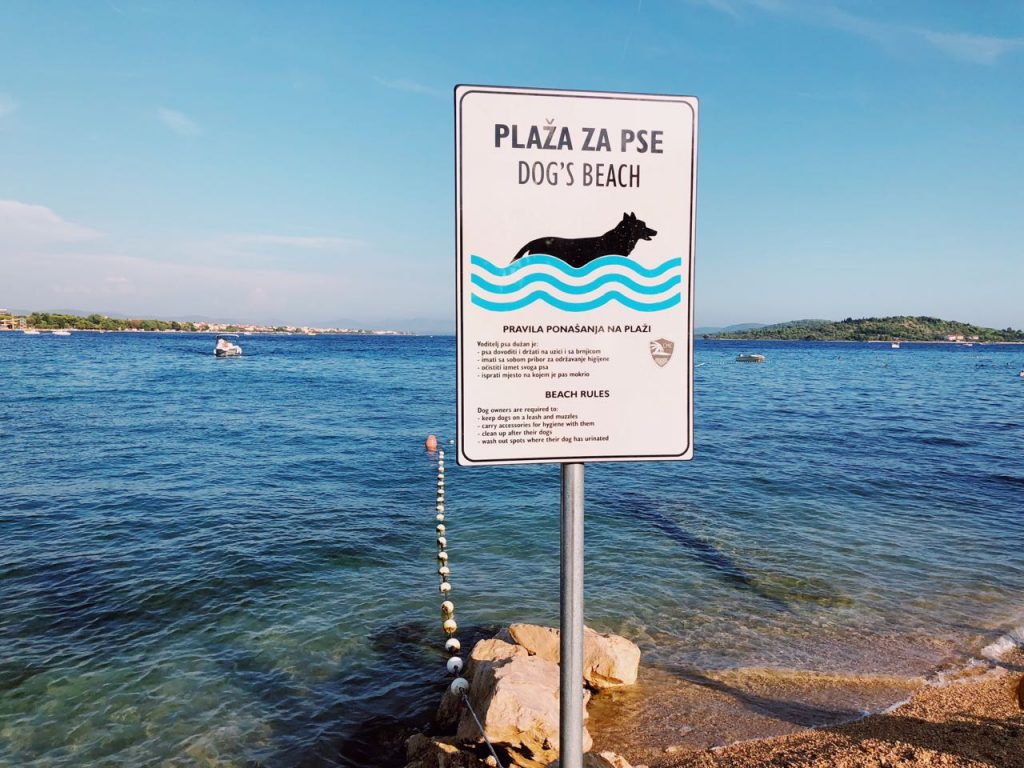 There’s something for everybody in Vodice, even for dogs

Despite all the advantages that Vodice provides, I don’t consider it such a great place to stay as it tends to be overcrowded, especially in August. Being on a beach full of people is not my ideal vacation, although it is appropriate for partying with friend, for instance.

Even though most of the Dalmatian coastal cities have beautiful old town areas with old cathedrals and charming narrow streets, this is not the case with Vodice. The old town here is super tiny and, besides the lovely beaches and nice restaurants, there is not much to see. 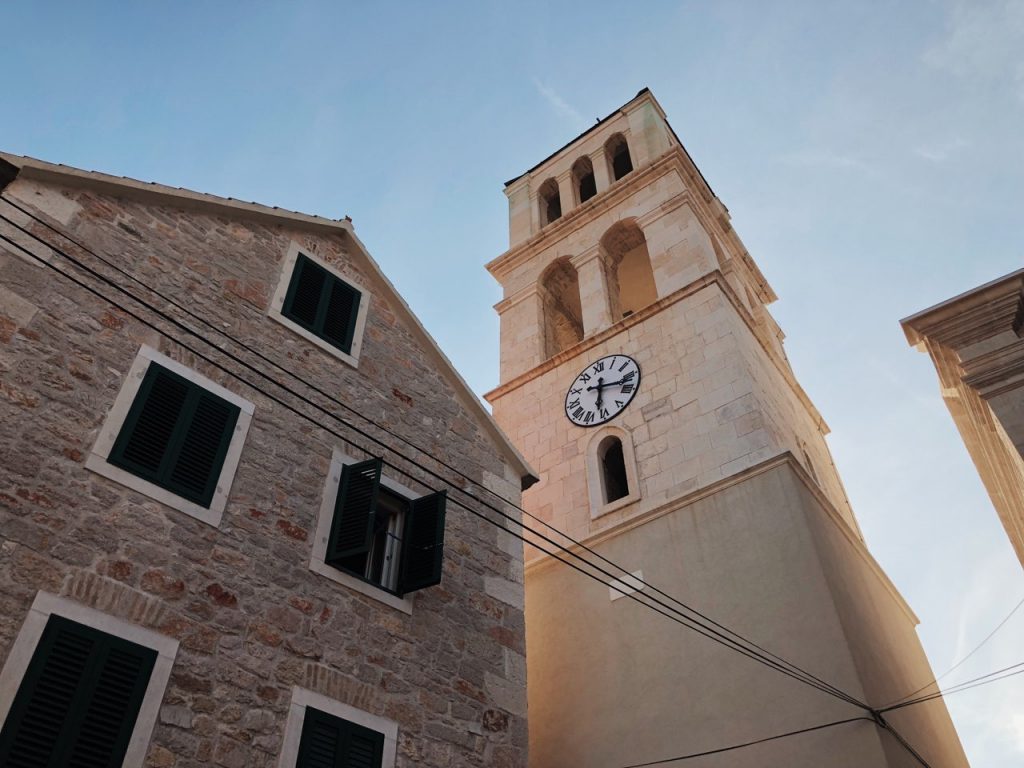 The clock tower in the old town of Vodice 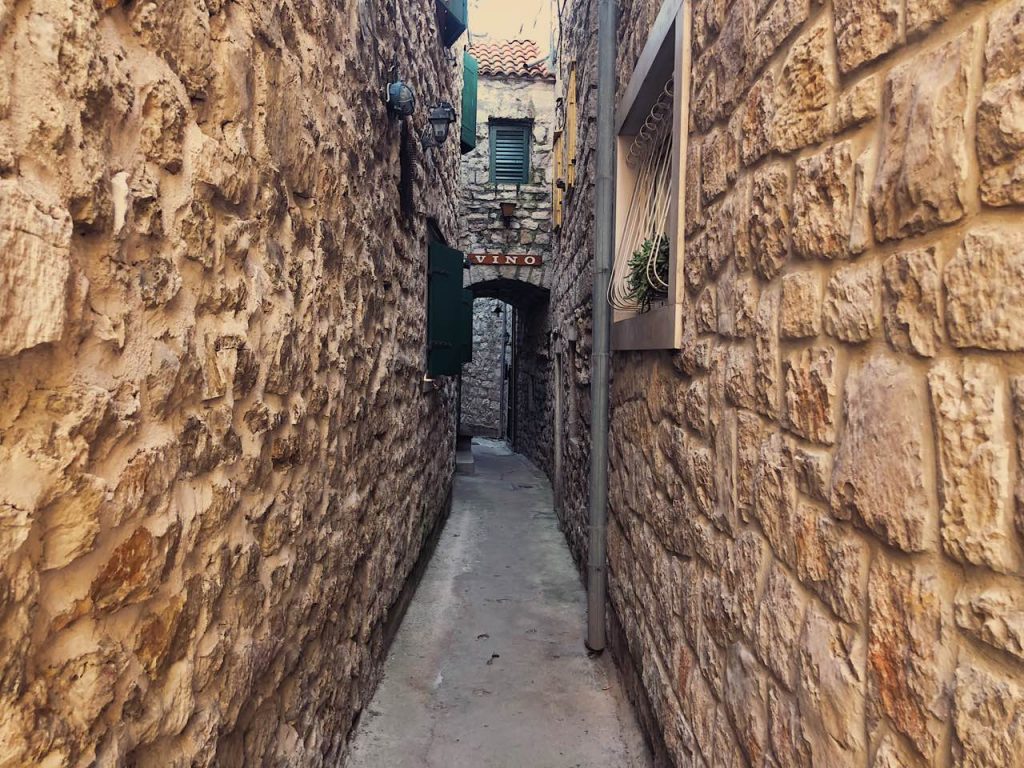 The narrowest street in Vodice is located in the old town

Vodice and nearby Tribunj on its north and Srima on its south have actually become one long urban area due to the high interest in these places recently. Vodice is the most popular destination among them.

In my opinion Tribunj is the most charming one of the three as there aren’t as many visitors there. It is also the smallest of the three cities. The water there seems more clear and transparent.

Srima is a continuation of Vodice and it is pretty similar. It is good to know that some locals from Vodice actually go to Srima beaches because they feel they are cleaner and nicer in general. Plus, not that full of people. 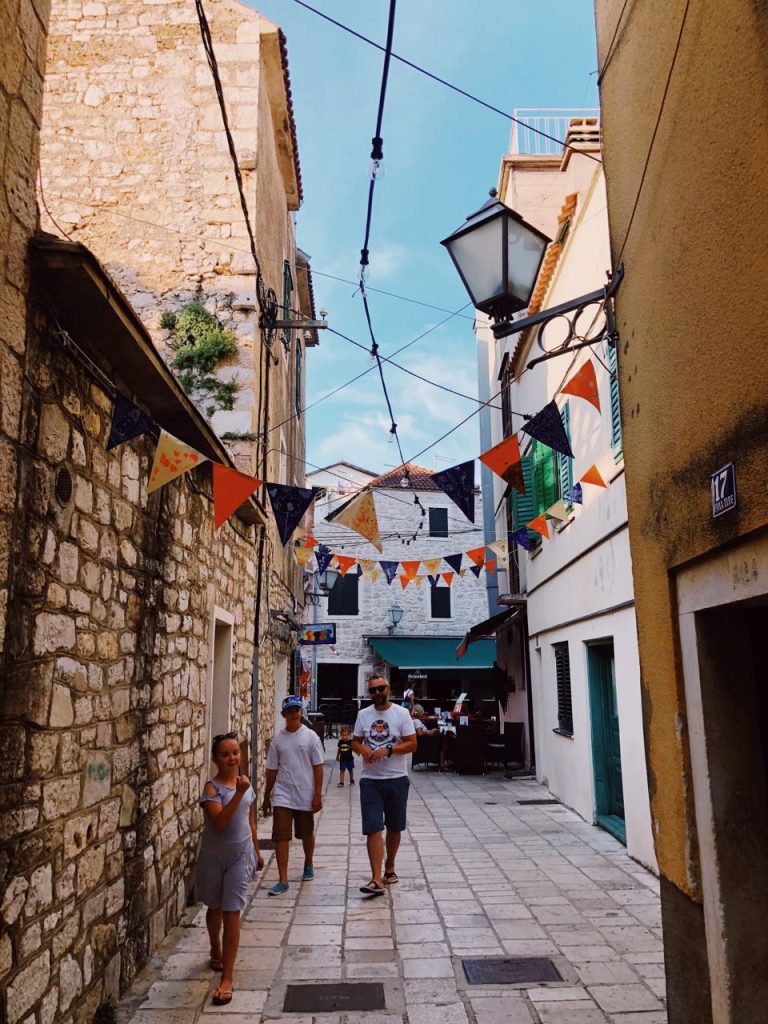 On the streets of the old town of Vodice

If you don’t want to spend all your vacation at Vodice, consider taking a one-day boat trip. There are great excursions offered in the city center both to nearby cities and islands. I have been to Kornati National Park twice in the past years and I loved it! It is an archipelago of 89 beautiful rocky islands and a great way to spend a day out in the sea.

National Park Krka, which one can reach both by boat or car/bus, is also close enough to visit from Vodice. Following river Krka’s way, you’ll reach a large natural pool with high waterfalls and cascades, where one can swim and take a walk under the shadows of the park.

If you want to keep it really simple, why not checking out the closest island to Vodice named Prvić (Prvic spelled in English). It is located just half a mile or around 800 meters from the mainland. It is pretty popular among travelers being known for its small island charm. Prvić has around 400 residents who also offer accommodation on the island if you are interested to stay there.

Seeing some nearby cities is something that you should do when being around. Šibenik or Sibenik, as it is spelled in English, is just 12 km away. You’ll need to drive 77 km north to Zadar and 100 km south to Split. 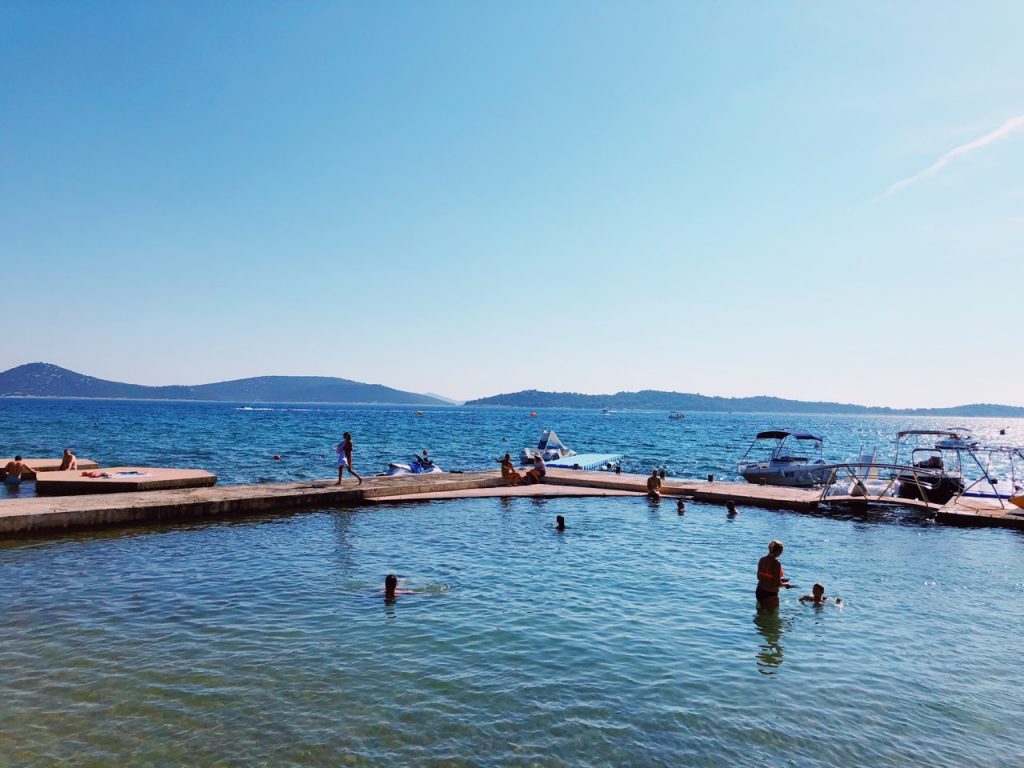 Enjoy your stay in Vodice! Get to know more of Croatia!