The royal city of Nin in Croatia

Nin is a small town in the Zadar County of the Dalmatia region in Croatia. Located in a lagoon 17 kilometers northwest from Zadar, the town has a population of just about 1 500 residents. This sounds surprising after one gets to know this place’s history.

Indeed, Nin has a glorious historic past, being of great religious, cultural and political importance for Croatia between the 7th and the 13th centuries. Back then it served as the seat of the Princes of Medieval Dalmatia as well as the seat of the Croatian bishops. Furthermore, historians say that the area of Nin has been settled for over 10 000 years. 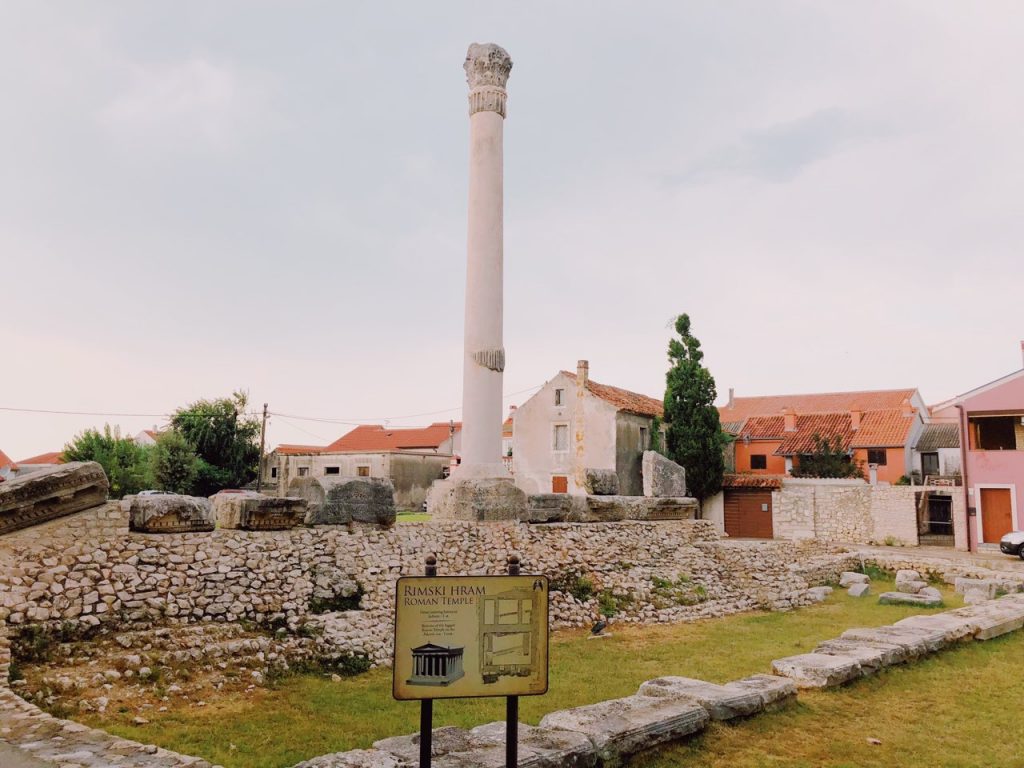 Remains of the biggest Roman temple on the Adriatic Sea, which dates back to first century

Even though Nin is not that popular of a destination among Croatians, the roads leading to it were pretty busy during the weekend in the middle of August 2018, when we visited the city. Also, finding accommodation was not that easy as many places were already booked. Most of the offers are houses, apartments and rooms rented by locals and one can easily find them on any booking site.

Foreigners seemed to enjoy Nin very much. I noticed Russian, Polish, Czech and German tourists around. 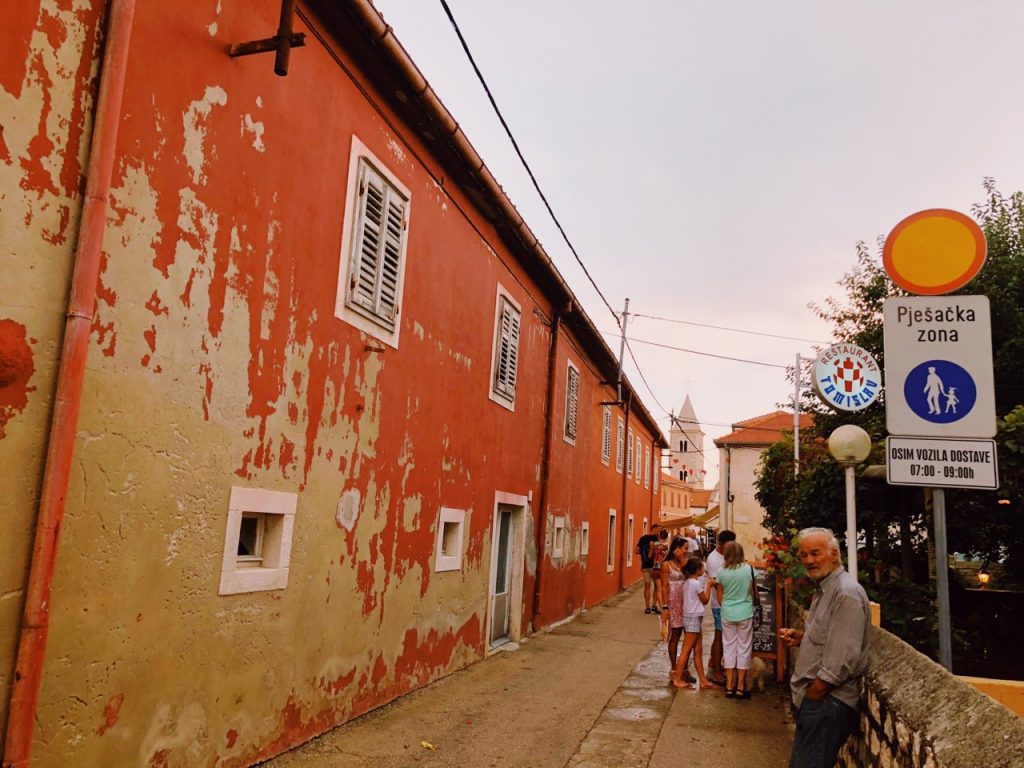 In the old city center of Nin, which is located on a small island

What to do and see in Nin? 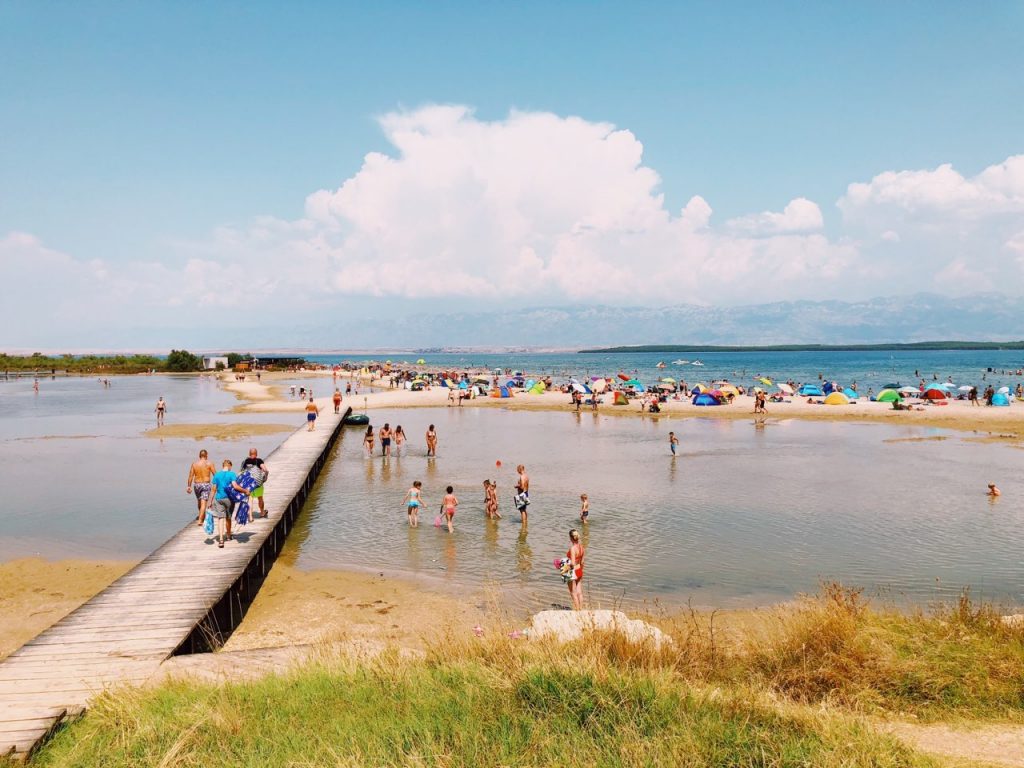 The amazing Kraljičina plaža in Nin

First of all, you should definitely spend some time on Kraljičina plaža or Queen’s beach, which is considered one of the most beautiful beaches in the world. It is often included in lists of top beaches worldwide. I did a separate post about it, since it is the most attractive feature of Nin and there’s a lot to tell.

Second of all, try out the medicinal mud aka peloid, which is located right behind the beach. It is famous for its healing powers. Besides healthy, it is fun and provides great photo material. Plus, it makes your skin really smooth, I promise. 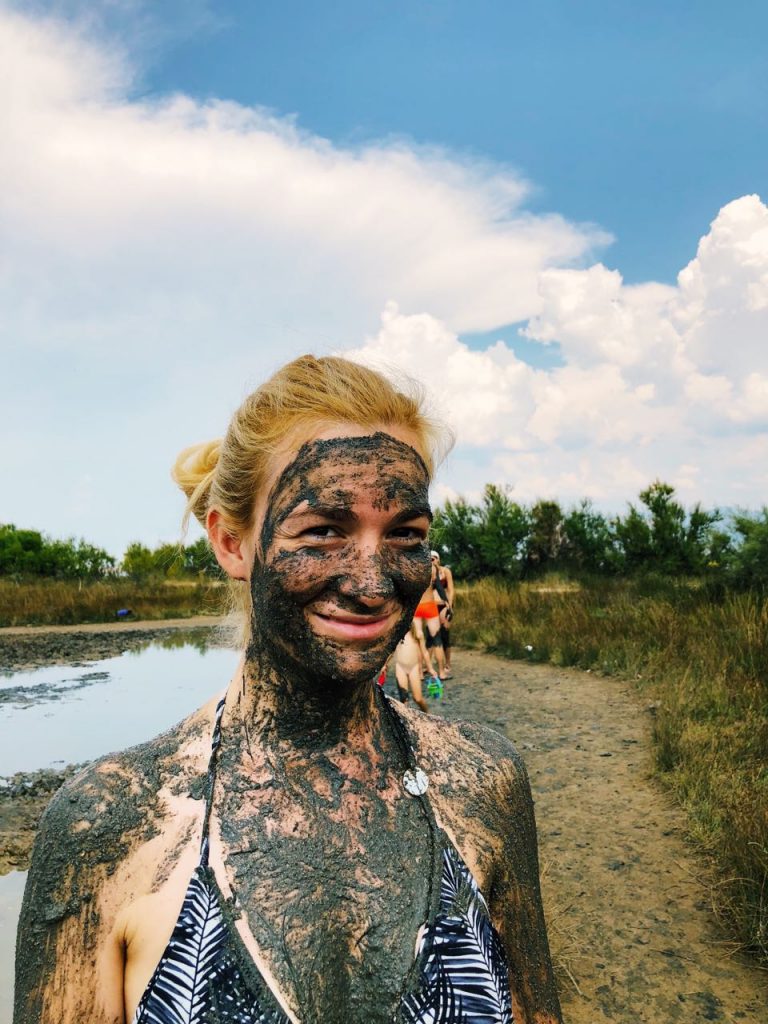 Being the first Croatian royal town, Nin has a lot to offer to its visitors. The old town center is located on a small island of only 500 meters in diameter, connected to the mainland by two stone bridges. This is the most interesting place in the city. You can easily visit all the cool places there in a couple of hours, or even less if you’re in a hurry.

The island is reachable by car, but the parking options are limited. There are parking sites right outside the island though, so you’ll find your spot.

The Church of the Holy Cross 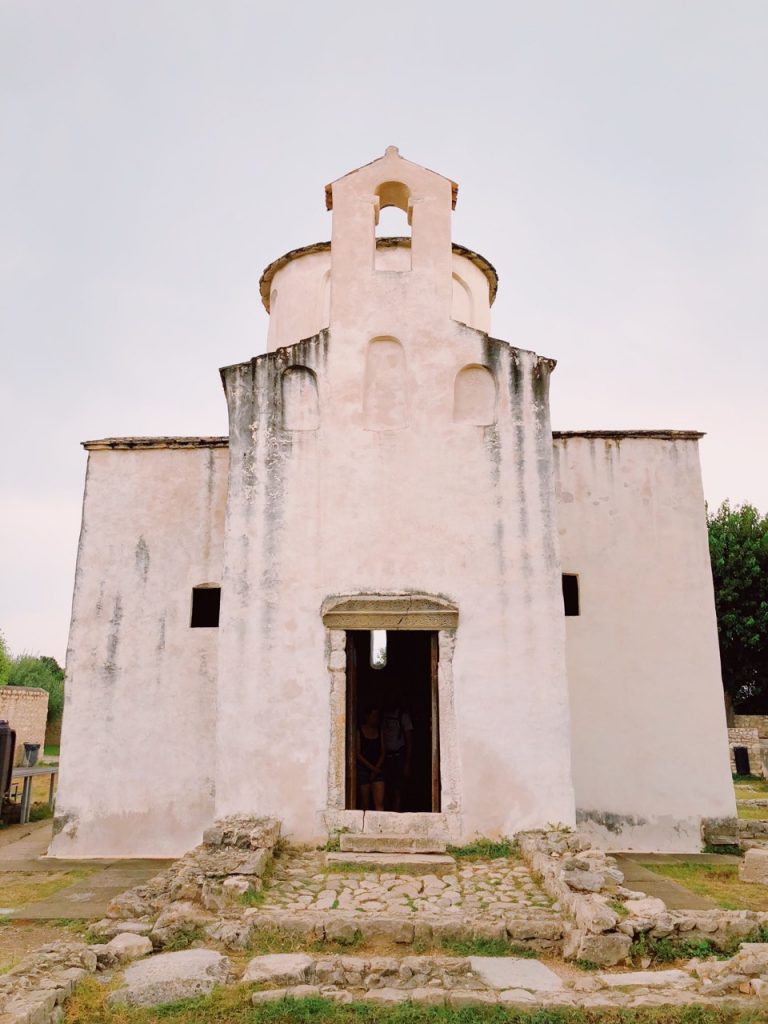 The entrance of the Church of the Holy Cross

The site that impressed me the most is the Church of the Holy Cross, the smallest cathedral in the world. This one dates back from the 9th century and is the most well preserved building of the early Croatian religious architecture.

Although there aren’t any icons, monuments, statues or frescoes in the church, but only bare walls and a few windows, it has a certain spiritual atmosphere and knowing that it has been there for so many centuries touched something in me. I was also delighted with the small size of this landmark of Nin. It is just 7.80 meters long, 7.60 meters wide and 8.20 meters high.

The Church of the Holy Cross, known as the smallest cathedral in the world 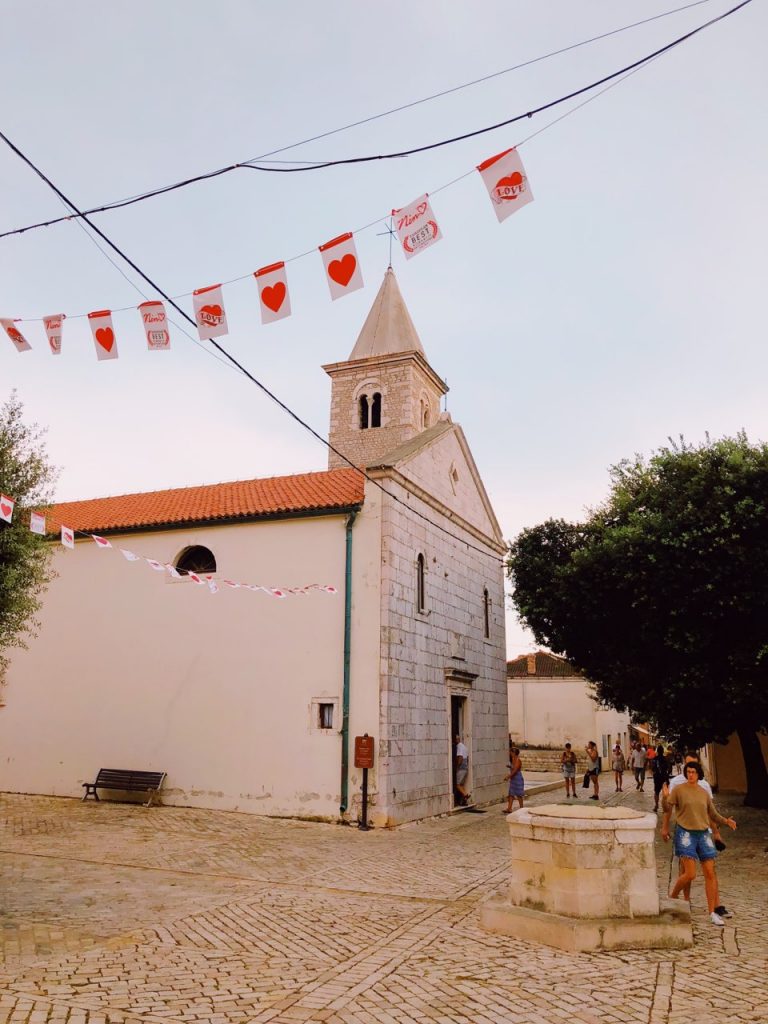 The Church of St Anselm in the center of Nin 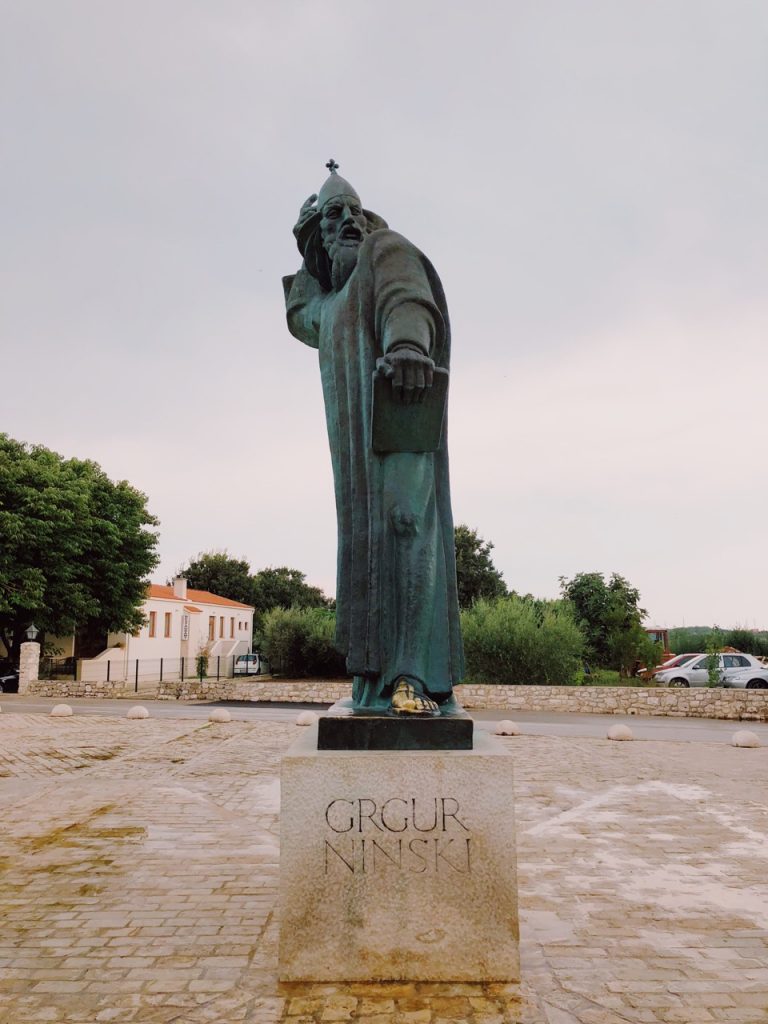 Right next to the main street of the old city center of Nin you’ll see the monument of Grgur Ninski or Gregory of Nin in English, who was an important religious figure in the 10th century. He introduced Croatian in the religious services in the country instead of Latin, which was a rebellious and strategic move back then.

Grgur Ninski is a respected historic figure nowadays and people believe that if you touch the feet of his statue and make a wish, he’ll make that wish come true. There’s a similar and bigger monument of Grgur Ninski in Split and it also makes wishes come true.

Make a wish ta this spot like so many people before you! 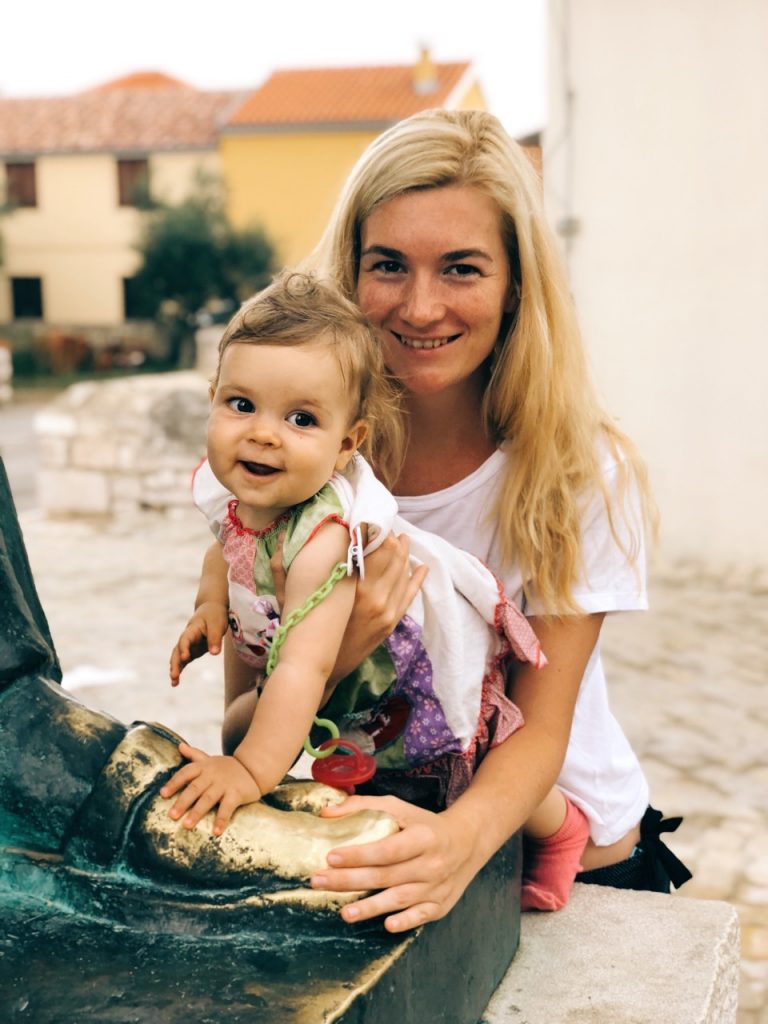 All websites and articles about Nin that I researched before going to the city said that one should visit the Church of St Nicholas. It is one of the symbols of Nin due to its historic importance. However, this church is actually located a bit outside Nin. It started raining when we wanted to visit, so we skipped it this time, but I am sure it is worth visiting. At least the pictures of it on the web look great.

It’s a small church, where seven Croatian kings were crowned in a special ritual. It is situated in a park area that seems like a lovely place for a family day out and picnic.

The Museum of Salt

The whole region is famous for its salt and there is a museum dedicated to salt in the city of Nin. It shows the traditional technology of producing salt. We were not able to check it out, because it was closed when we went there. Still, I am sure that if one finds the topic intriguing, this museum is the right place.

The entrance of Stara Kuzina

The old city center is full of lovely places to eat. We had lunch at Stara Kuzina (meaning old kitchen in English) and liked the place and the energy there a lot. The food was nice and the portions were quite big. The prices were also alright. This restaurant has its own parking and the waiter said it is alright if we leave our car there while visiting the city, which was a nice surprise. 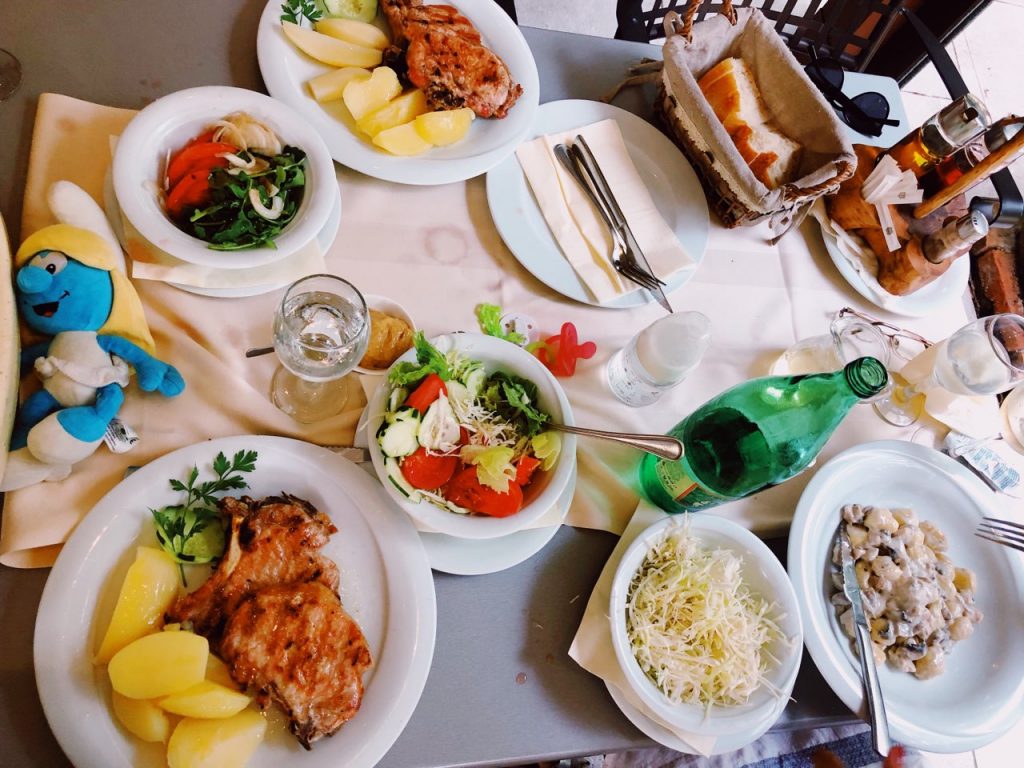 Our meals at Stara Kuzina

Later, I noticed a restaurant that seemed really nice. It had a view over my personal favorite – the Church of the Holy Cross. We were not hungry at all at that point, so we’ll check it next time. 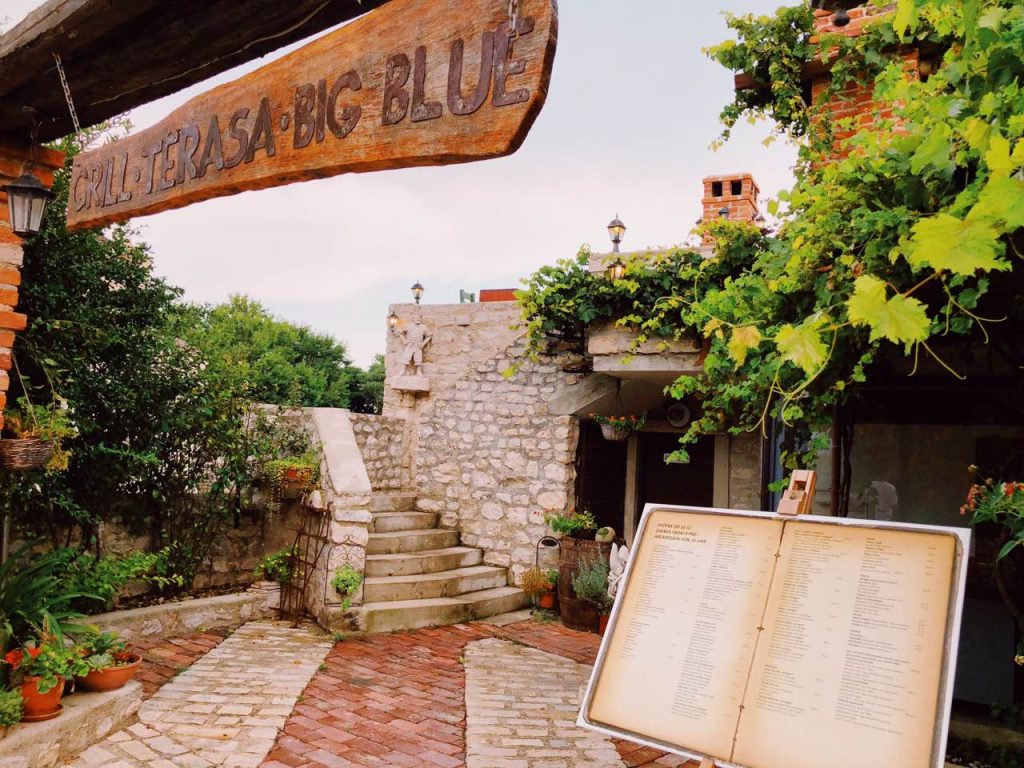 A restaurant at the old city center

My family and I had a lot of fun at Kraljičina plaža and in the old city center of Nin. What about you? Are you planning a trip there? Do you need more info about the place? Let me know in the comments below.