Let’s go to Zadar, this is what my husband suggested to me when we discussed where to go on a weekend trip in March. And so we did!

We have been to Zadar many times before, going out at night as students, and we always had fun. The city is just an hour drive from Sibenik, where we reside in Croatia, so it is not a big deal for us going there.

Zadar is one of the largest cities in Croatia. The fifth largest, to be precise, after Zagreb, Split, Rijeka and Osijek. A very vibrant and full of life place! Part of this energy is due to the many young people that live and study here. Unlike many Dalmatian cities, Zadar is a very lively place even off-season. Locals love to have their coffee in the old town and there are always people around.

The old town in Zadar is the place to be! All of the city’s attractions are located here. Plus, there is always something happening in Zadar, especially in the old town, so be sure to check out Zadar Tourist Board site prior to coming here.

The Roman Forum, St. Donatus church and the bell tower

At our last trip to Zadar we started with the People’s Square – a very vivid place full of cafes and stores. Then we headed to the Roman Forum, St. Donatus church, the Zadar Cathedral and its bell tower, which are located one after another. 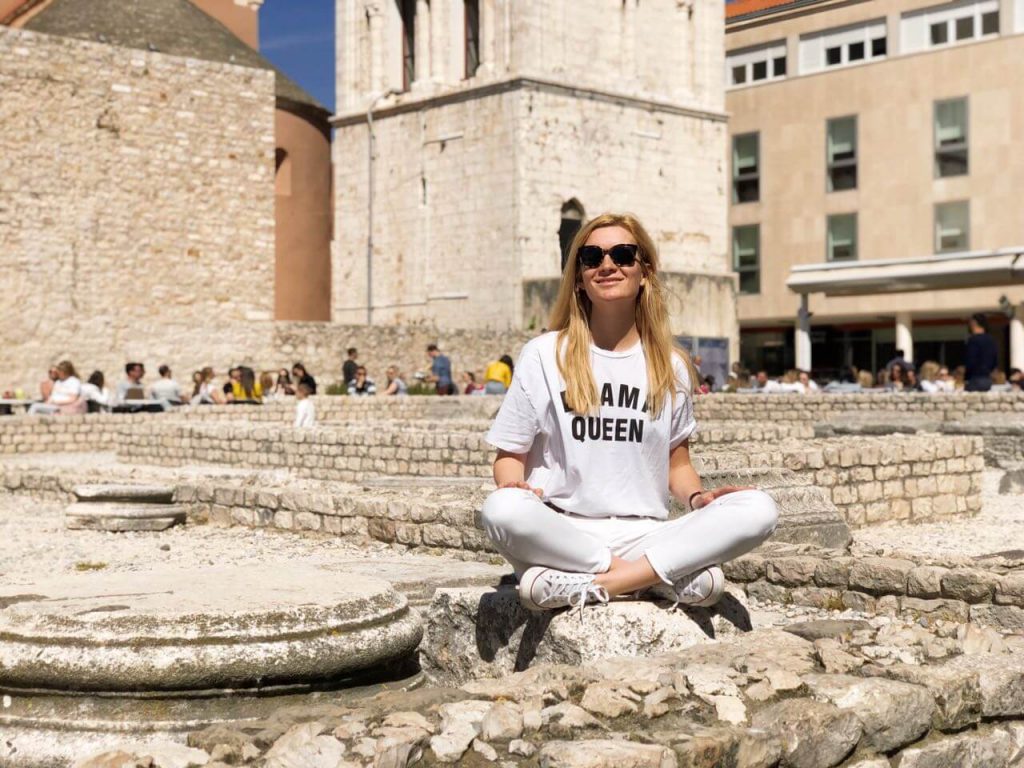 Happy me at the Roman Forum in Zadar

There is music, children climbing the ruins and people talking loudly at the cafes nearby. If you climb the 180 steps to the top of the bell tower, you’ll see the spectacular Zadar from above. We skipped this one last time in Zadar, as we were with baby Anna. So sorry, no new pics from there to share.

The Sea organ and the Sun salutation

The next day we took a long walk at the sea shore, visiting Zadar’s two unique monuments – the Sea organ and the Sun salutation. 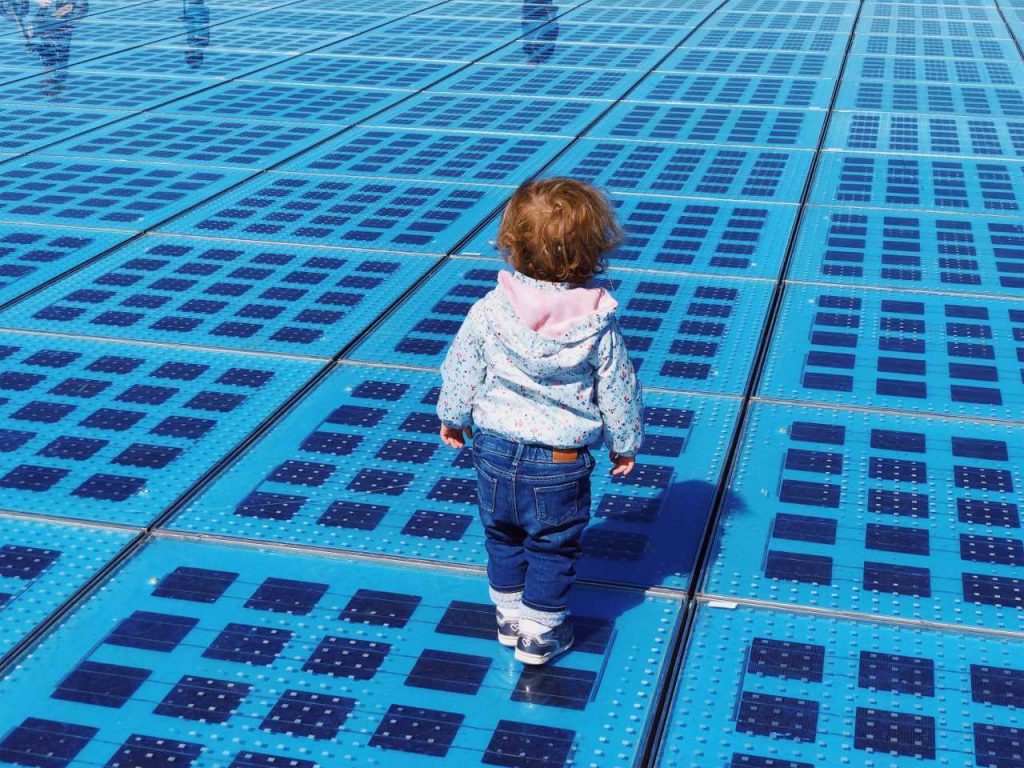 Anna at the Sun salutation aka Monument to the Sun

Located next to each other, these were very exciting for young Anna, who was not sure where the organ sounds came from. She also enjoyed running on the Sun salutation monument. We didn’t come here in the evening at out last stay in Zadar, because Anna’s bed time is very early, so no pics of that either. Sorry!

We’ll climb the bell tower next time in town

But we went to the Museum of Illusions and enjoyed it very much! We have already been to the one in Zagreb, but they are always different and so is the experience.

How many of us is enough?

There are so many must-sees in Zadar, that I did a separate blog post with the top 11 things to see in Zadar. Otherwise, this post would be one eternal scroll.

Visiting Zadar with children or pregnant

Zadar is a beautiful city that you can easily enjoy visiting pregnant or with kids. You can skip climbing the bell tower steps, if you don’t feel like it, but there is no reason to skip any of the other attractions in the city.

The old town is a pedestrian zone with no vehicles, which makes me way more comfortable with my daughter Anna running everywhere. Children would love the sea organ and Sun salutation monument here in Zadar. Also, let’s not forget that if you’re coming in the summer they’ll enjoy the beaches around.

Be aware of the high temperatures during the summer. Dalmatia gets really hot in July and August. 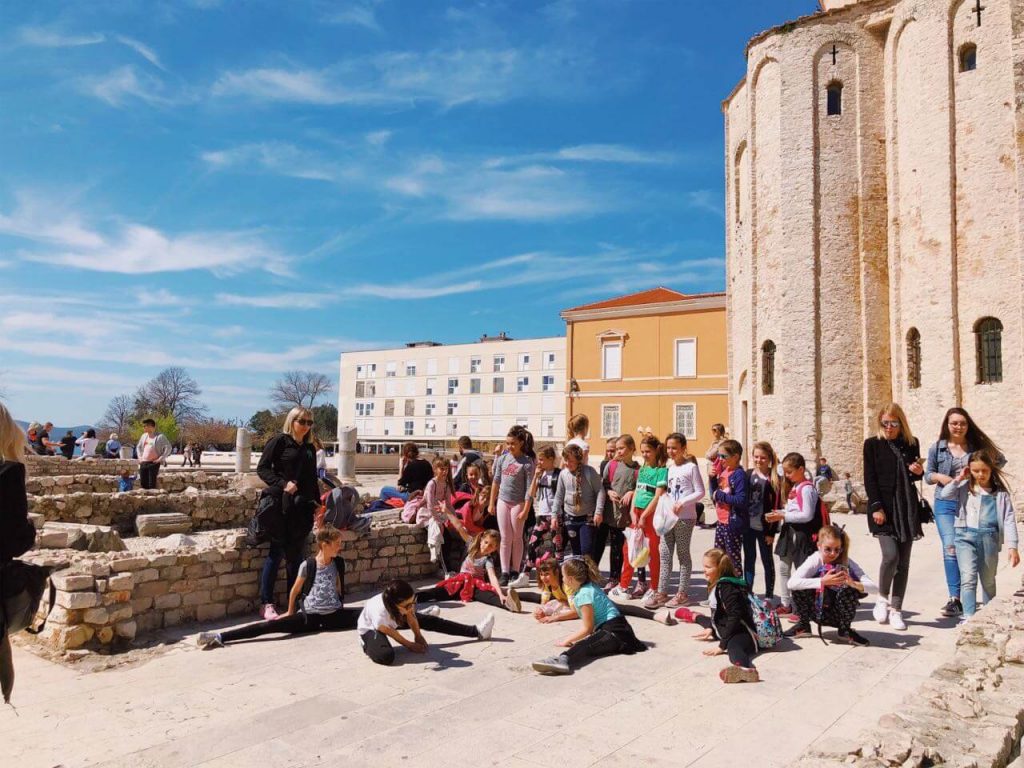 Side trips when in Zadar

Although Zadar is great on its own, it will be a huge loss not to visit some other cool places around. Most of all, make sure you check out at least one of the nearby national parks!

The closest ones are the Kornati islands and Krka. The Kornati national park is an archipelago of 89 beautiful rocky islands, which you can see only on a boat trip. What a great way to spend a day around here, right? Krka National park consists of some beautiful waterfalls, where you can take a swim after a nice walk around the Krka river.

Some agencies offer a day trip to Plitvice lakes, another gorgeous national park in Croatia. However, I would suggest to stick with either Krka or Kornati, because Plitvice lakes are not that close and you will spend lots of time in a vehicle.

The lovely cities around include little-known Nin, Sibenik, Trogir and Split.

Another beautiful church in Zadar – St. Mary – is also situated next to the Roman Forum

Zadar is one of the best connected cities in terms of transport in Dalmatia (and Croatia, for that matter). It has an airport, train station, bus station and harbor that serves international and domestic routes!

Just last year we came here to take the ferry to Ancona in Italy, which was not possible in the smaller Sibenik, for instance. 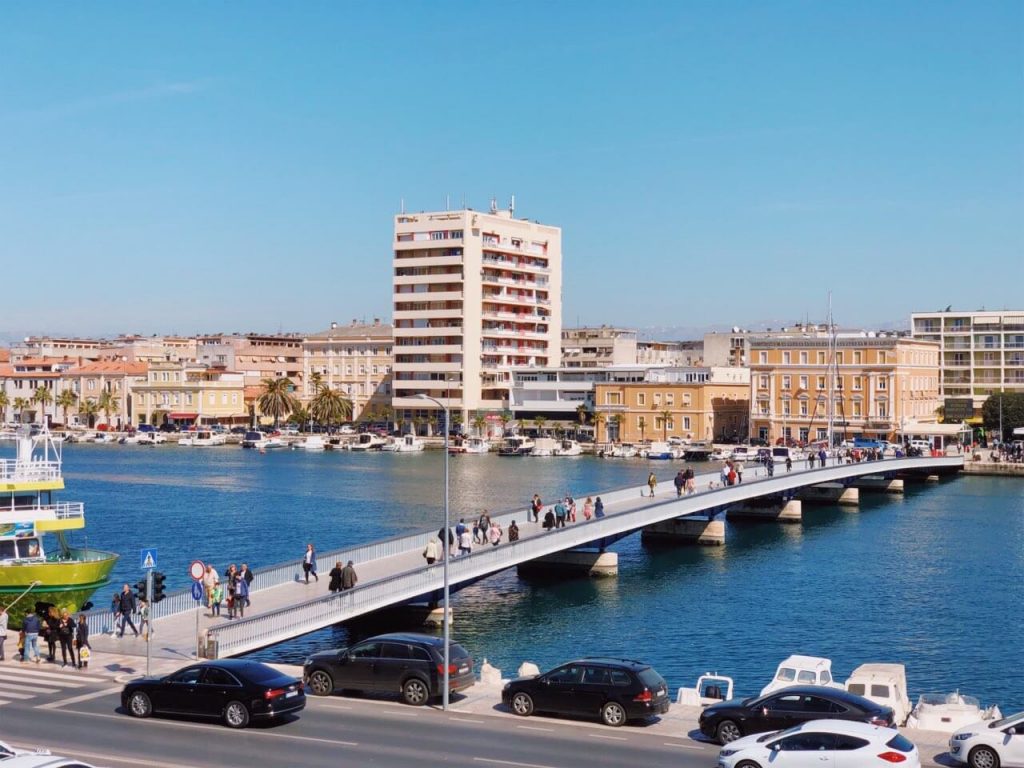 How long to stay in Zadar?

You can see all in a day. However, since Zadar is a gorgeous city I advise you to spend at least a day and a half or two days to enjoy it longer! Discovering the city on foot is the best choice and you will probably get tired to walk around that much.

If you are planning a summer vacation here – good for you! You’ll have plenty to see and do while not being at the beach. 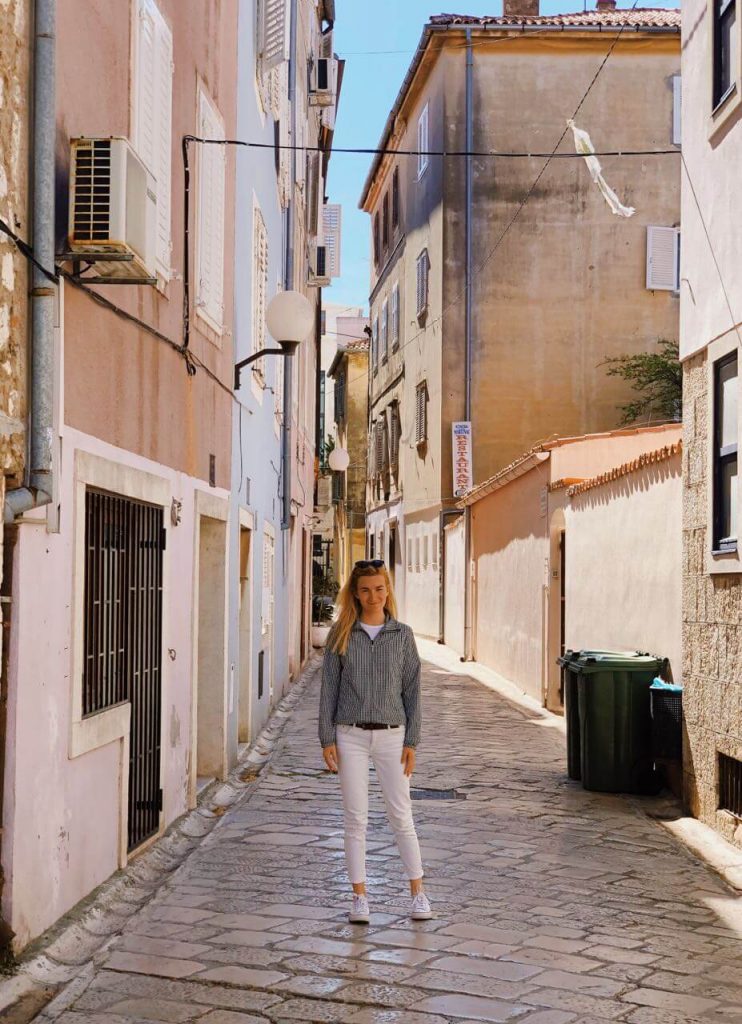 I have been here several times, but that’s not enough : )

Already in love with Zadar? Me too! Check out these top 11 things to see in Zadar!