How to spend a day or less in Belgrade 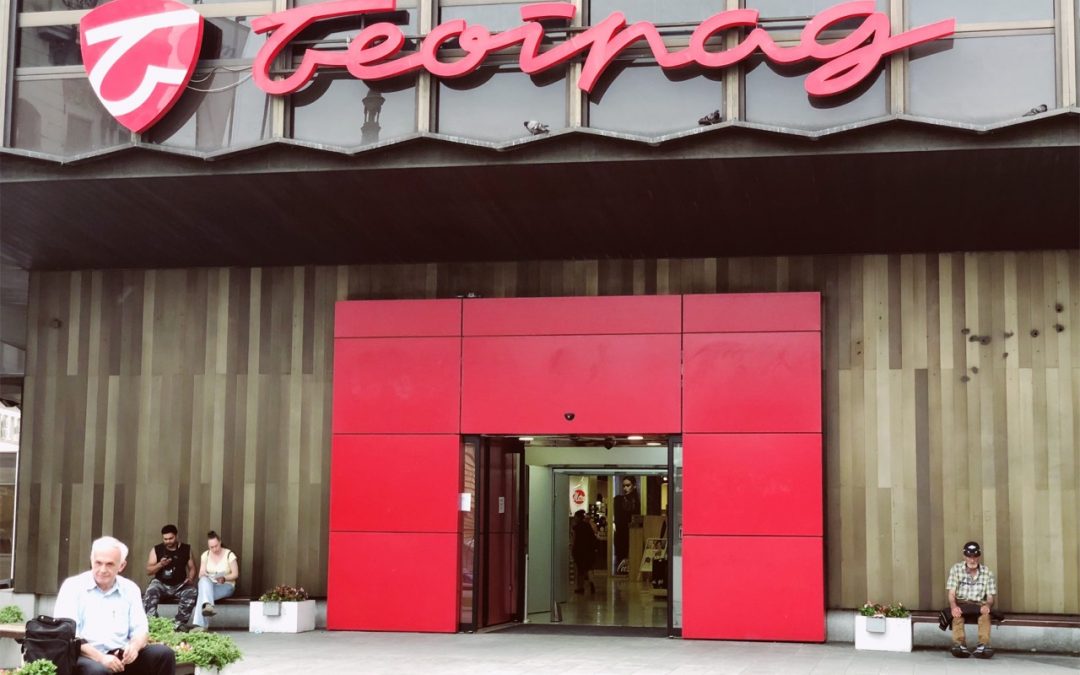 I’ve been to Serbia’s capital Belgrade (Beograd or Београд in Serbian) more than 15 times over the past 15 years, usually spending half a day or staying for a night. Back in 2007 I spent several days in the city, staying for the Rolling Stones concert, which was in the middle of July. Although I like many things about Belgrade, I am not the biggest fan of the city. It just happens to be half the way from Sofia, Bulgaria, to Sibenik, Croatia, which is my final destination.

Traveling by bus or train from Sofia to Zagreb required transfer in Belgrade up until several years ago. This is the reason why I spent all that time in Belgrade. I am glad my husband and I got a nice and reliable car, so we don’t have to use neither trains, not buses anymore to get to Sibenik.

The trains were really slow as they are in the Balkans in general. The bus had a one/two hour stop in the city of Niš in Serbia, then another six hours in Belgrade. So by the time we reached Zagreb we were heart broken! Plus, we had to change yet another vehicle to get to Sibenik! The route Zagreb – Sibenik is about four hours by bus. 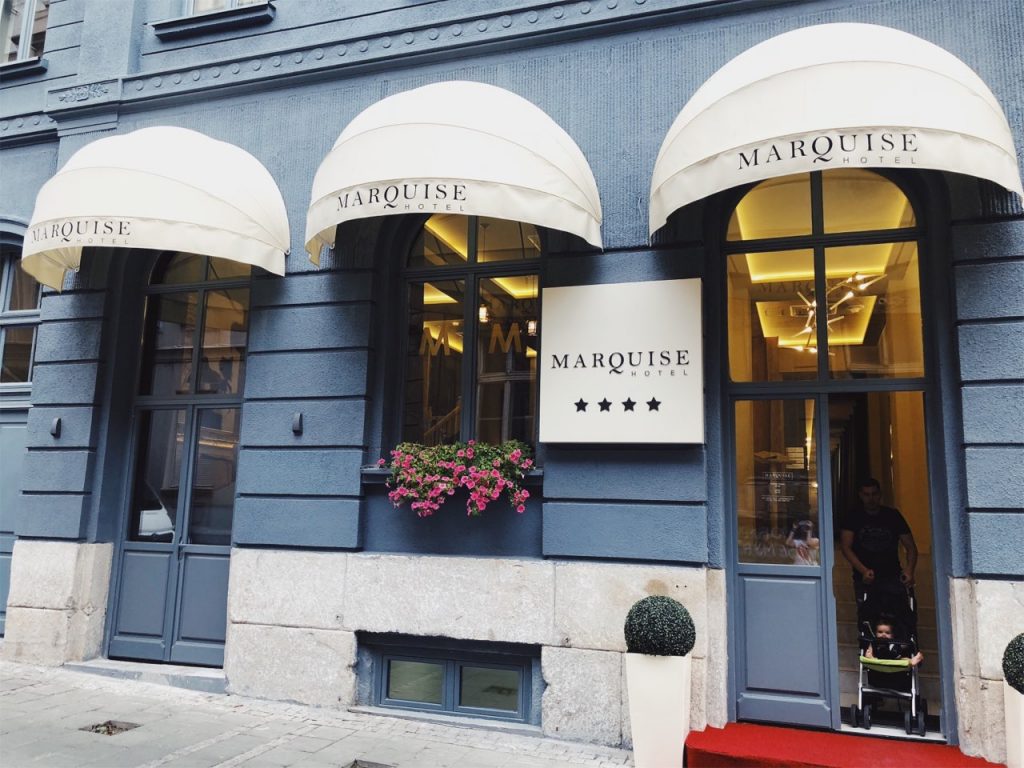 Now that we travel with baby Anna, traveling 12-14 hours by car from Sofia to Sibenik is out of question. Therefore we booked a hotel in the center of Belgrade. I wanted to get on the road early in the morning and be there around noon. Sofia – Belgrade is about six hours by car and some of that time is spent on the border. However, we got a lot going on arranging our trip…

We were able to leave Sofia at noon and we were at the hotel at around 7:00 PM. There was no time to enjoy Belgrade as our baby goes to sleep at around 8:00 PM. Still, after we checked in we did a small walk and went to the supermarket for cold beers, which was some kind of consolation.

We stayed at the Marquise hotel on Misarska Street and were satisfied with our stay. The hotel is somewhat new. Not sure when it opened, but it is nicely designed and the staff was kind. Turned out that parking is separately paid and costs EUR 15 for a day, which we didn’t know upon arrival. I probably overlooked that info when I did the reservation 🙂 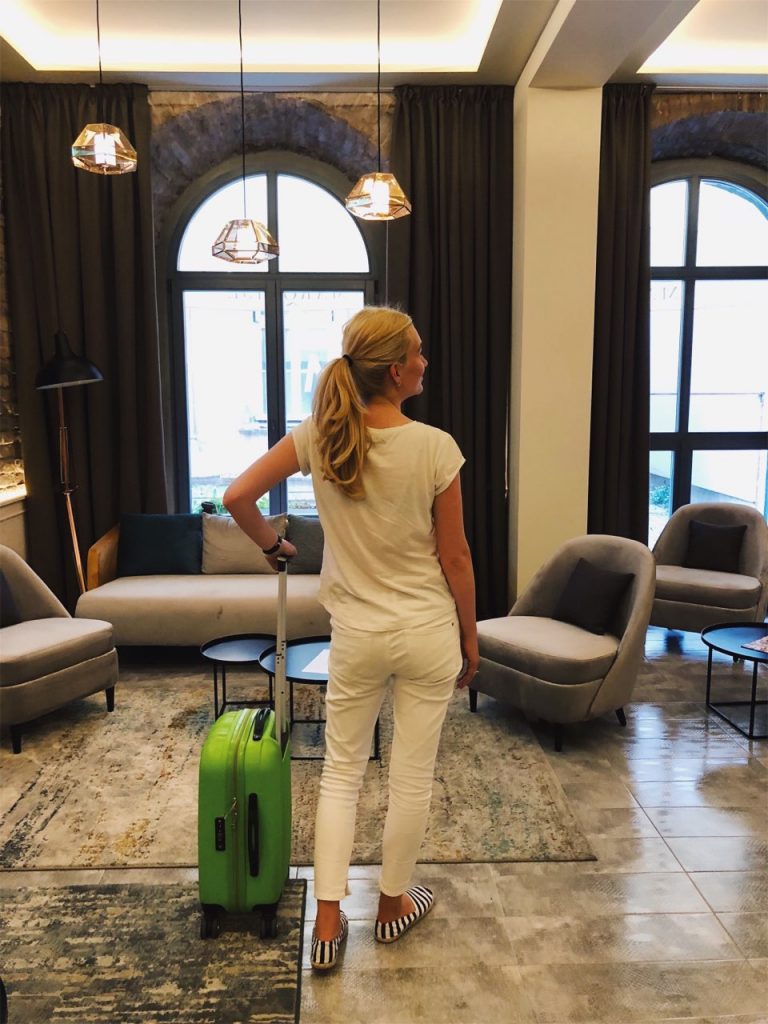 At the lobby of our hotel 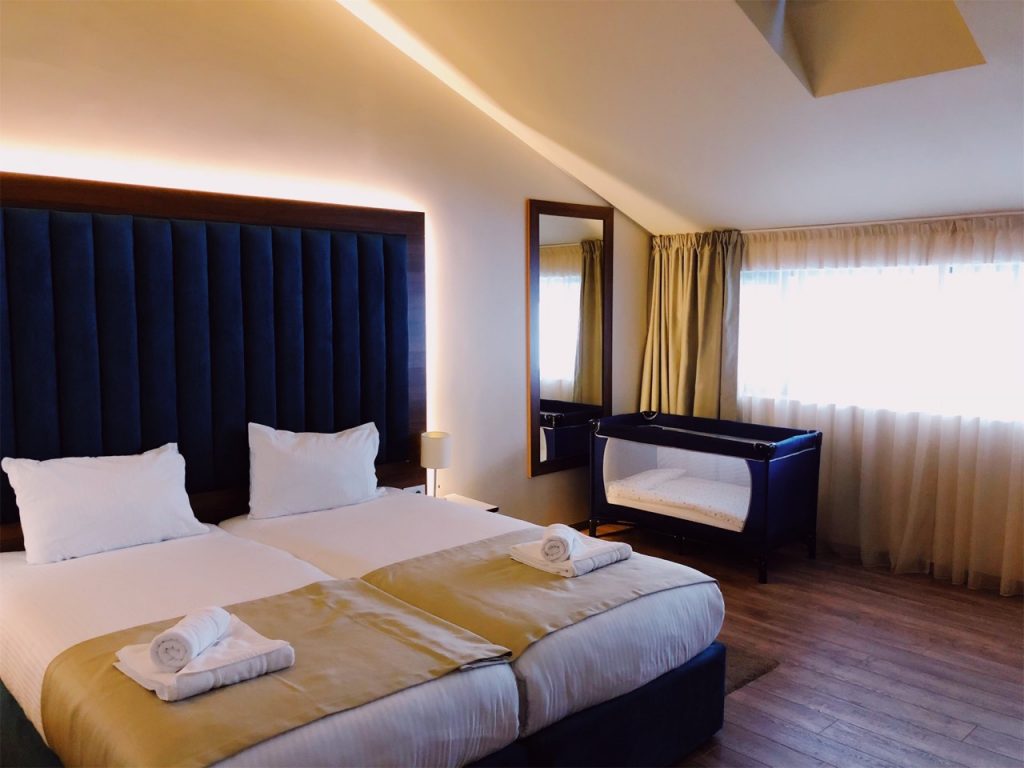 Our room with a nice baby bed 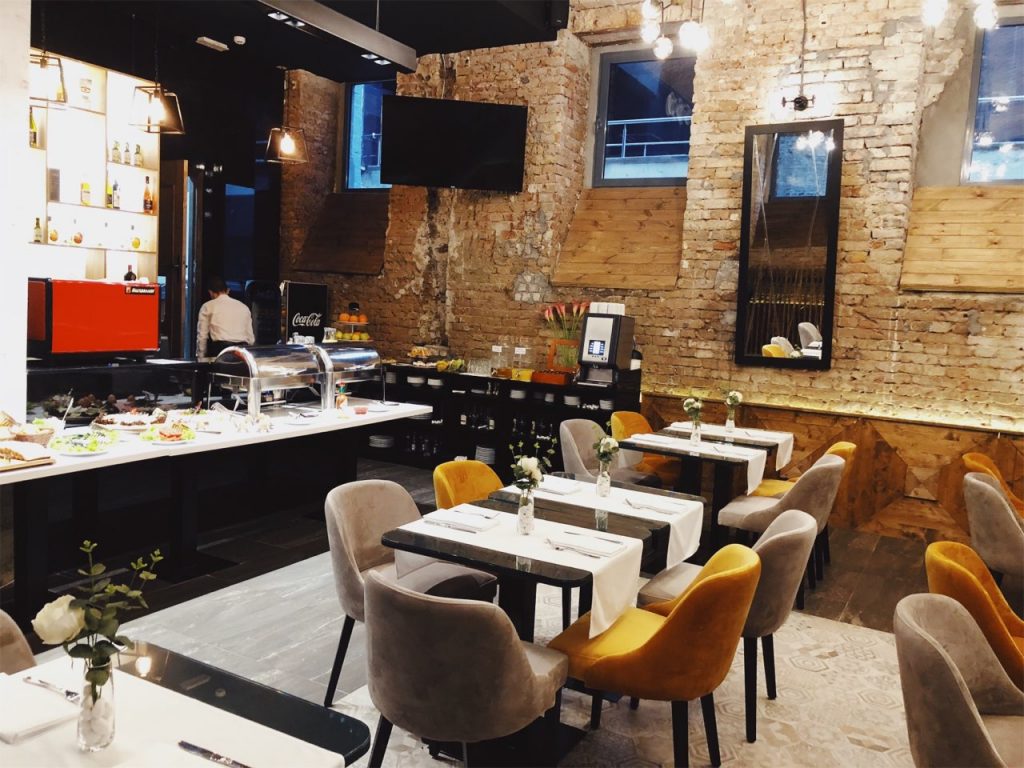 The breakfast area at hotel Marquise in Belgrade

What to do in Belgrade if I stay for a day?

Belgrade is a big city that offers entertainment for both young couples and families with kids. If you are staying for several hours like I had so many times, you’ll have enough time to go to the Kalemegdan fortress. This Belgrade fortress is located in the city center and offers great views over the two rivers that run through the city – Sava and Danube. It’s the absolute must-see of the city.

If the weather allows it, you can take a walk in the park surrounding the fortress, check out the outdoor military exposition and have a picnic or a coffee there. Kids would love to climb the old tanks in the park.

If you have more time, then add Knez Mihailova Street to your schedule. It starts right opposite the Kalemegdan complex. Being the largest and most popular pedestrian street in Belgrade, full of shops, cafes and restaurants, this is the place where you’ll feel this city’s energy. Walking around will bring you to several lovely squares. You will see just how vibrant Belgrade can be.

Churches to visit in Belgrade

If you like visiting religious buildings, you can add the Cathedral Church of St. Michael the Archangel to your short stay in Belgrade. It is also located near the Kalemegdan complex and you’ll get to see what a generously decorated Eastern Orthodox church looks like.

Once I was at the city for six hours I decided to check out another famous church – St. Sava Church. It is the biggest temple in Serbia and one of the biggest Eastern Orthodox churches in the world. This one is not decorated inside yet, but it is still interesting to see because of its caliber and atmosphere.

I noticed many locals did quick visits to the temple, while all of the locals that did not get inside made the sign of the cross when walking by the church. This probably implies they respect the temple very much or that was just an expression of their religion, or both. St. Sava is located not so far away from the rest of the landmarks I mentioned above. You can definitely see all in one day. 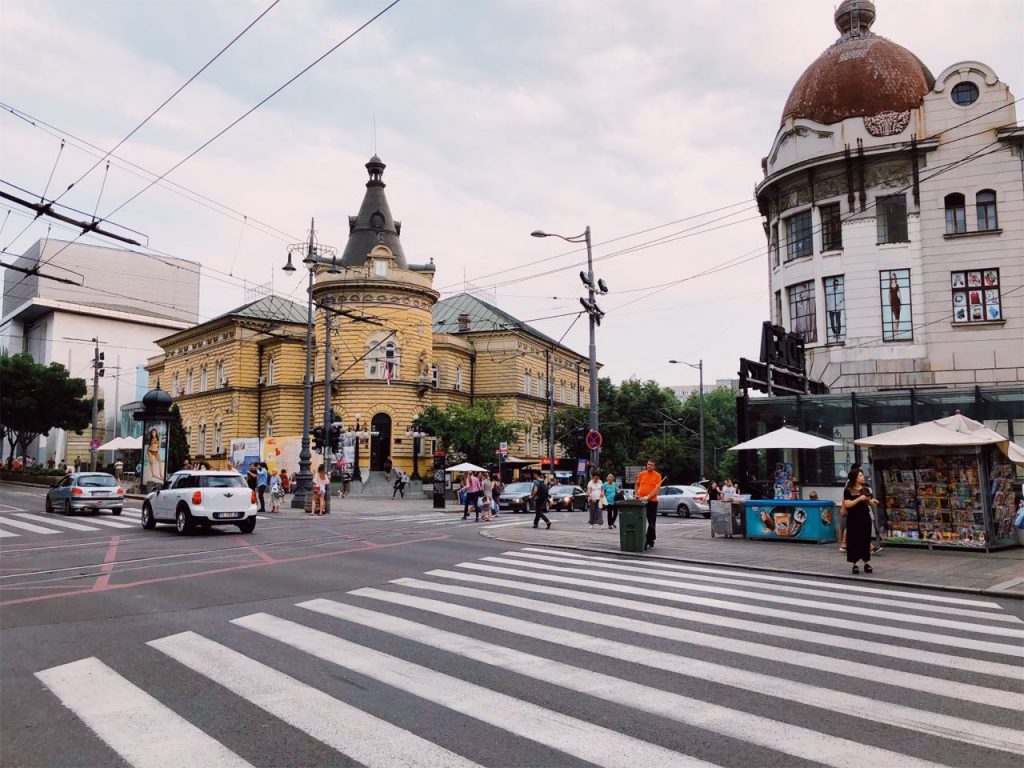 On the streets of Belgrade

Heat in the summer, cold in the winter

Belgrade gets really hot in the summer with temperatures reaching 38°C or 100°F during the day, so keep that in mind if you’re traveling then. The winter, on the other hand, is cold and snowy and not suitable for staying outdoors long time.

Two alphabets in use

A curious fact is that Serbia is the only country in Europe that uses two official alphabets simultaneously – both Serbian Cyrillic and Ljudevit Gaj’s Latin alphabets. This state is called synchronic digraphia and it is pretty rare altogether. Just a couple of countries use more than one alphabets at the same time. You’ll notice all the traffic signs in Serbia being written in both writing systems.

Belgrade offers a lot to see for sure and this post is just dedicated to staying for one day or less. When I spend more time in the city, I’ll let you know how it went. Do you have any recommendations?