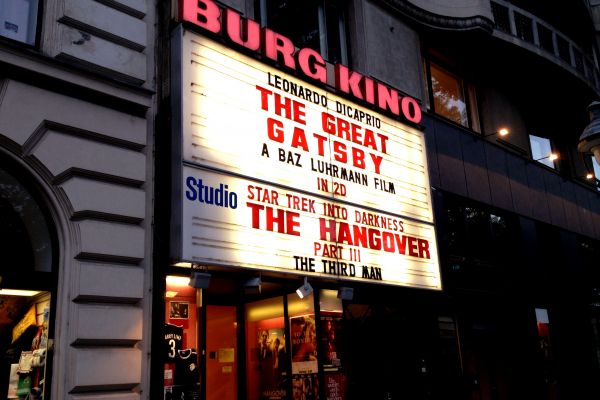 These five awesome movies will introduce you to Austria and its exciting history! Furthermore, most of them are classics that every cinema lover should see! I listed them according to my preferences. Number one is my fav on the list ; )

The newest movie on this list stars Helen Mirren, Daniel Bruhl and Ryan Reynolds and will introduce you to the art of Gustav Klimt. Based on a true story, the action takes place in Vienna, where an elderly lady fights for a Klimt’s painting that belonged to her family before the Nazis occupied the city.

The Belvedere palace is often shown in the film. Klimt’s most famous painting The Kiss is exhibited at the palace. Watch the film to find out what happens to his painting The Woman in Gold!

If you’re into musicals, you have already seen this classic with Julie Andrews. If not, be sure to check it out before visiting Austria and especially the beautiful Salzburg, where the story takes place.

Nowadays Salzburg offers many Sound of Music tours and experiences. You’ll definitely feel left out if you don’t know what The Sound of Music is about. This one is a very positive and family film to enjoy before traveling to Austria.

The characters in this film meet on a train and decide to spend a day in Vienna. Is there a better idea for a romantic movie? This is the ultimate love-at-first-site story, which happens in the pre-digital era and feels even more romantic and nostalgic because of that.

The movie is romantic and dreamy, but keeps us, viewers, guessing what would happen at the end all the time. Vienna is the perfect setting for this movie, where the location plays also plays a role.

This is the only movie on the list that has won an Oscar for best movie among many other awards. It follows the legendary story of composers Mozart and Salieri seen from the perspective of the jealous and vicious Salieri. Now, it is not actually proven that Mozart and Salieri had such relations, but Milos Forman’s film is nevertheless exceptional!

The performances are amazing and the film will bring you to the 18th century for several hours. Yep, Amadeus is three hours long, but you won’t feel them, I promise!

Actually, I advise you to watch The Third Man not before you visit Austria, but while in the country. The film is a classic and there are screening in Vienna every week. You can spend an evening at the cinema watching this masterpiece at the very city it was shot in.

Don’t be fooled by the year the film was released. It could be easily remade with the same scenario today as it is a mystery story so interesting that time does not affect it. I doubt that any actor would be as remembering as Orson Welles though, so I hope there aren’t any attempts of remaking this classic set in the beautiful Vienna.

Let me know about other cool movies to watch before visiting Austria!