1.There is a chamber full of decorated skulls

If skulls frighten you, then you should not visit the Beinhaus or Bone house at the yard of St. Michael’s Chapel. It contains the skulls of 1200 former residents of Hallstatt. Of course, there is a reasonable explanation about this seemingly horrifying place. Still, maybe it is better not to visit this one with your kids!

As Hallstatt is a really small village, there was not enough burial space. Therefore, the church began making space by removing the old graves and putting the skulls at the new place. This started in the 1720s with the last skull being put in 1995. Half of the skulls in the Bone house are decorated with the person’s name, dates of birth and death as well as floral decorations. 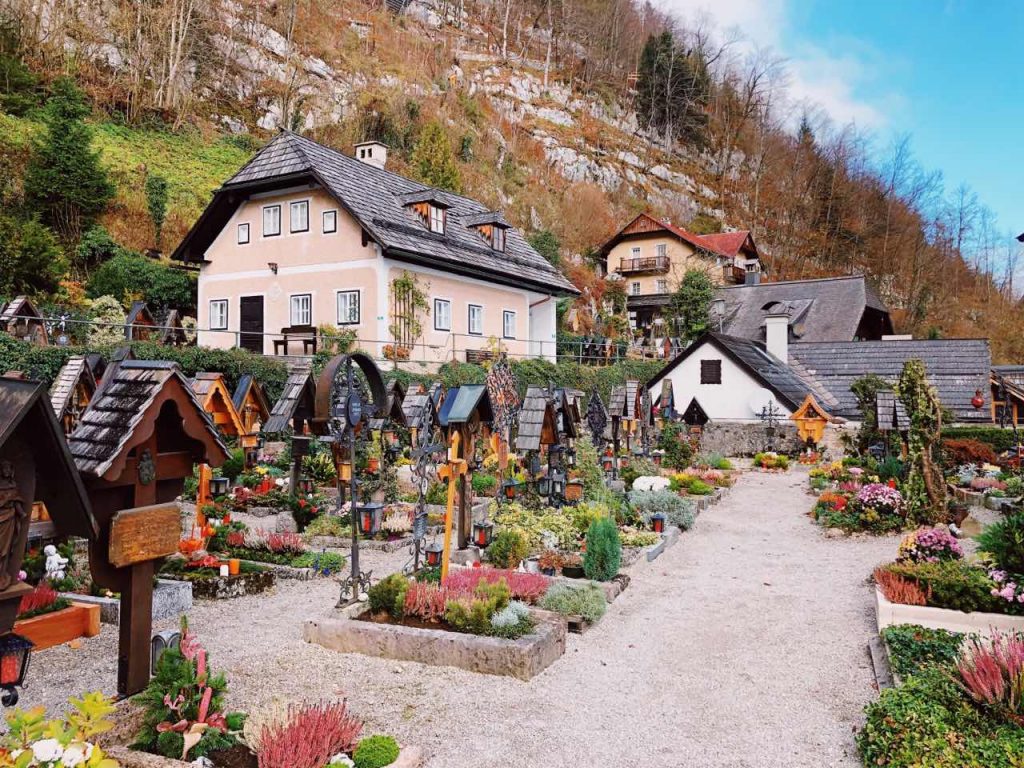 The cemetery at St. Michael’s Chapel is next to the Bone house

2. Hallstatt is all about… the salt

If you thought Hallstatt is famous for its picturesque landscape, think again and think big! Turns out the production of salt at this place began 7,000 years ago! Here is the oldest salt mine in the world, which visitors can see today. So prepare yourself for a trip back to the ancient times.

Furthermore, the village of Hallstatt gave its name to a period in history! Namely, the Hallstatt period, which is “a cultural phase of the late Bronze Age and early Iron Age in Europe (circa 1200–600 BC in temperate continental areas)”, according to Google. 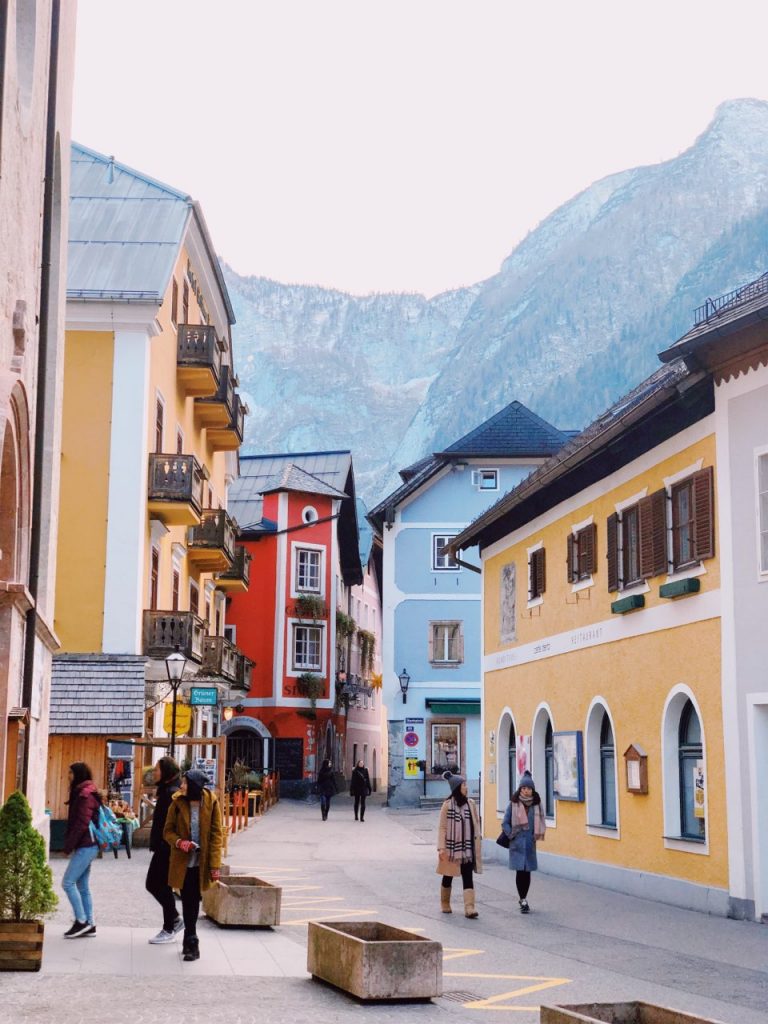 3. Hallstatt is visited by the amazing 800 000 people yearly

This may not seem that much at first site, but considering this small village has an area of just 14,5 km2 and has just 750 residents, 800 000 is a huuuuge number. This equals about 2200 people on average a day, but keep in mind that most of the tourists come in the summer. I was not able to find any statistics on how many children visit Hallstatt, but if you are traveling with kids to this picturesque place – check out my post Visiting Hallstatt with children.

Naturally, the locals have different views on the visitors situation. On the one hand, summers get overcrowded and noisy. On the other hand, many residents have businesses related to tourism, they give accommodation or sell goods, so they approve of the tourism. 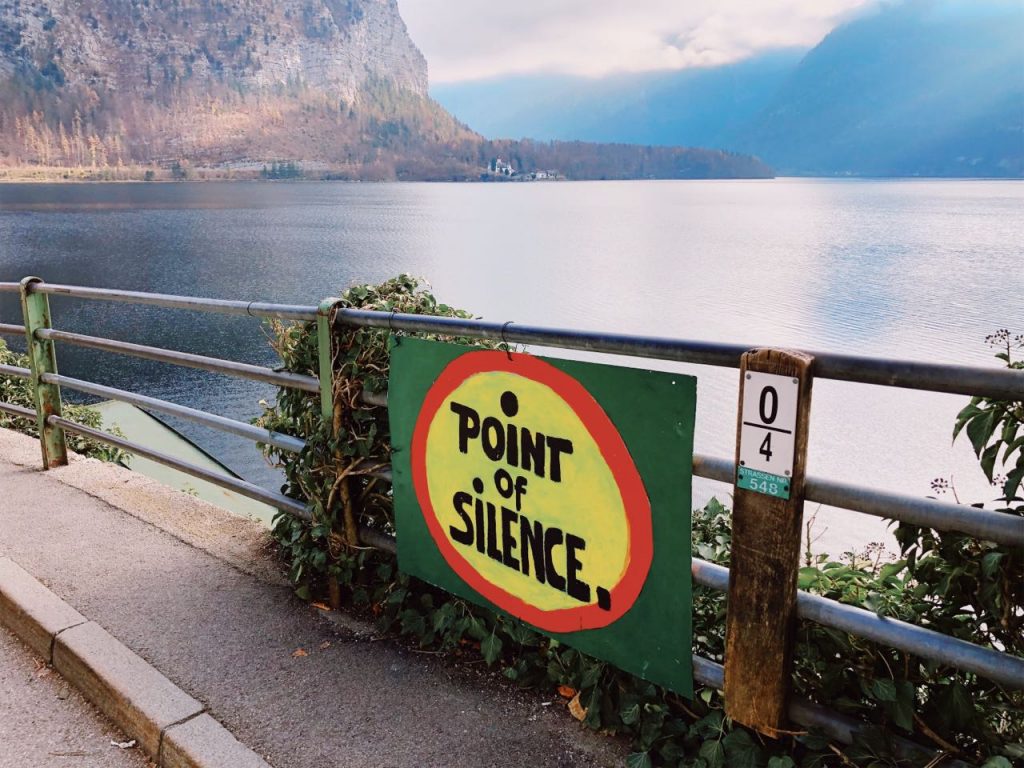 Point of silence sign at the place with the greatest view in Hallstatt. It gets pretty noisy here with all the visitors.

Living in the digital age where so much image content gets filtered and processed, we no longer believe the pictures we see of a certain place. Well, Hallstatt is so beautiful and instagrammable that it is insane!

Everywhere you look, there is a postcard image right there! You’ll probably feel the urge to shoot every corner of Hallstatt, because it looks so damn perfect. 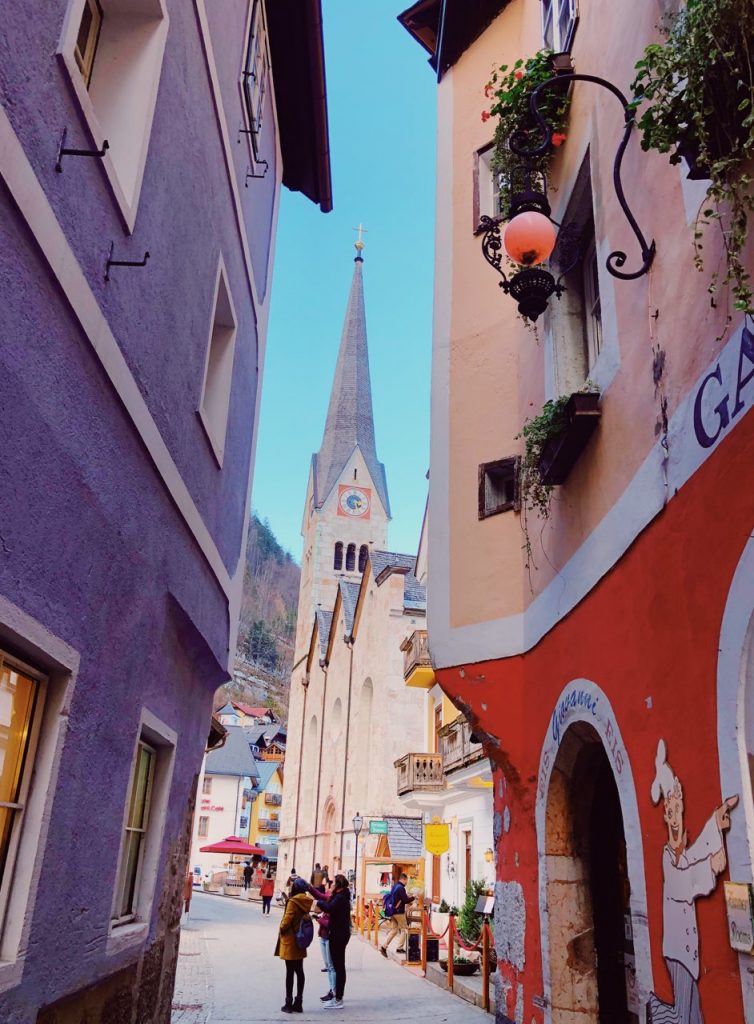 Every corner of Hallstatt is just amazing!

5. The Chinese built a replica of Hallstatt

That’s right – there are two identical places named Hallstatt – one in Austria and one in Luoyang, Boluo County, China! The Chinese one is actually a replica and a part of a high-end residential project. It opened doors back in 2012.

I looked for some pics of the copycat Hallstatt and the place looks the same. Naturally, there was some controversy about it, but it seems all fine nowadays. The mayor of the real Hallstatt even attended the opening ceremony of the made-in-China Hallstatt and signed an agreement for cultural exchange.

Check out 6 crazy museums in Croatia and the 5 crazy facts about Croatia I have prepared for you : )